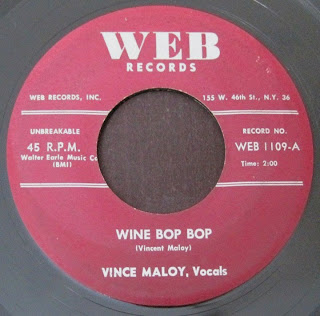 I made my first record in 1957 for the Web Record label. "Honey Baby" b/w "Wine Bop Bop." I first met Link Ray and Doug Wray around this time. In fact Ray helped set up the studio mikes for the Web Records sessions. 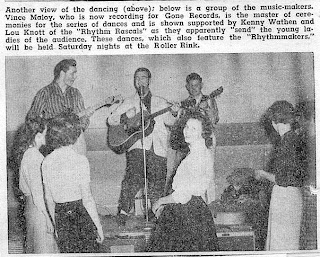 
Vince Maloy (1933-2002) was a rockabilly singer from Southern Maryland, who had six singles released on as many labels : Web, Tait, Angletone, End, Felsted and 1234.   The first, and probably the best of these, was "Honey Baby"/"Wine Bop Bop" on Web Records (1957).   Vince made over 50 appearances on the "Milt Grant Show", the Washington D.C. area's version of "American Bandstand." He also appeared on the Felix Grant Show and the Buddy Deane Show in Baltimore. In addition, Vince hosted three radio shows over the years.  In the 1960s, Vince established himself as a night club performer. He took his routine to Las Vegas, Puerto Rico, the Bahamas, and played all over the Washington D.C. area.   During this time, Vince became good friends with Link Wray, sometimes sharing the stage with Link and the Wraymen.   Around 1970, Vince left the music business and joined the North Beach Maryland Police Department, advancing through the ranks and becoming the Chief of Police. Vince then went on to law enforcement duties for the Federal Government and retired after a successful career in 1997.

Walter Earle Bathgate (1897-1963), also known as Walter Web and Walter Webb, sold miniature circus kits around 1946, according to an ad published by Popular Mechanics.  He was then a resident in Orange, New Jersey.

In 1954, he was selling skating music tapes for roller rinks.

In the end of 1955, he established the Web label and Air Permissions, "a music licensing organization, for the purpose of NOT collecting performance fees from radio stations" (Billboard, November 26, 1955).

1116
Tony Penn and Startones
No Time For Tears /  Blind Date

1120
Peter Kim
My Silent Prayer / Love To Have You Around 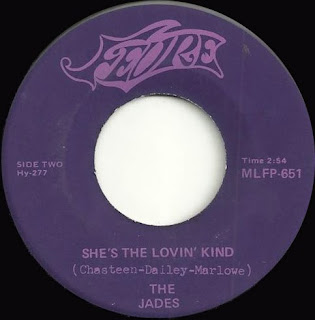 Albert Dailey formed the Jades in 1966 in the Peach State. The Jades played together for 25 years. Surviving members still gather once a year for a reunion performance.  In the late 1970s, the Jades became the house band at the J&J Center on Commerce Road in Athens, playing behind a host of traveling country music stars.  The Jades played anything from country to Elvis to old school.   They recorded only two singles.

The Fevre label was an imprint of  LeFevre Sound, a recording studio formed in Atlanta, Georgia by The LeFevres, a Southern Gospel singing group. 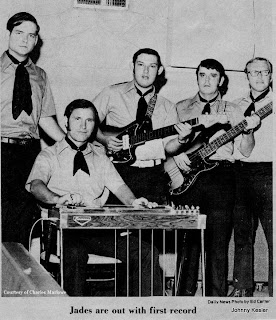 I Can't Wait Till Christmas Day 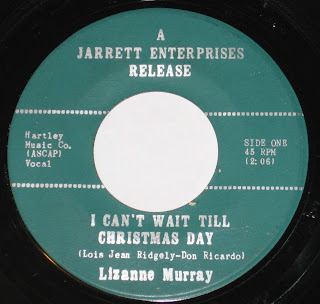 This song, written in 1951, is also known as "I Tan't Wait Till Quithmuth Day" and was recorded by Mel Blanc on Capitol Records.

Jarrett Spotswood Lickle and Liz, his wife (born Murray) formed Jarrett Enterprises Releases in Baltimore in 1967, a record label " which will record the best in previously unattached talent, young people who deserve to be heard.  "

Jarrett was better known as Patches.  He was a local children's television personality in Philadelphia and Baltimore in the 50s.  He died recently (in 2012). 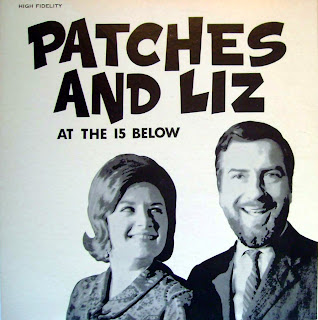 Patches and Liz left local television in 1962 and soon opened
their own coffee house in Timonium, called The 15 Below,
so named because it was 15 steps under the first floor.
Posted by Bob at 9:42 AM 2 comments: