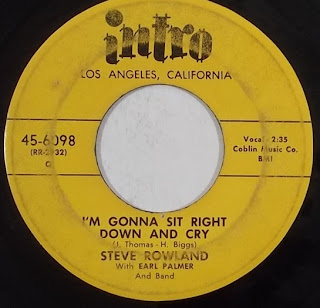 Steve Rowland (born Stephen Rowland, 3 September 1932) is singer, columnist, record producer and actor. He grew up in Beverly Hills and now lives in Palm Springs, California. His father is film director Roy Rowland ("The 5,000 Fingers of Dr. T"), his mother Ruth was a writer.

In 1950s, Hollywood, he went on to act in thirty five TV shows such as "The Rifleman", Bonanza, Wanted: Dead or Alive and a two year role in The Life and Legend of Wyatt Earp. Film appearances included co-starring roles in Battle of the Bulge with Henry Fonda; Gun Glory with Stewart Granger; Crime in the Streets with John Cassavetes and Sal Mineo, and the original The Thin Red Line with Kier Dullea and Jack Warden. 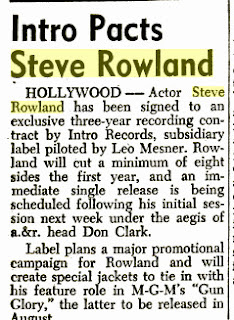 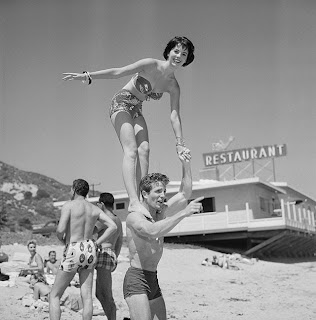 Actress Natalie Wood stands on the shoulders of actor Steve Rowland
at the Thalians Beach Ball which was held at the home  of Elaine Stewart on July 15, 1956
in Malibu, California. (Getty Images)
Credit : http://abcnews.go.com/blogs/headlines/2013/06/photos-bikini-babes-back-then/
Posted by Bob at 10:37 AM