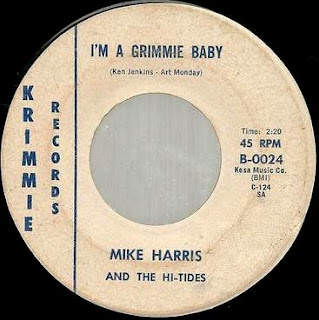 Mike Harris was a close friend (and associate) of guitarist (and small studio owner) Bob Summers, that the sum of my knowledge gathered from the internet. .. that's not much.

Note : The BMI database also lists "Center Feature In The Playmore Magazine", a song recorded by Gracie Dee on the Nashville Blaze label in 1968. I believe that Mike Harris is a different man, a Canadian artist, as was also Gracie Dee.