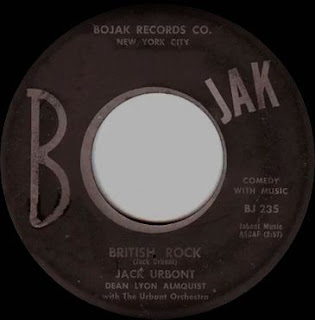 Jack Urbont's work spans the realms of theatre, film, radio, and television. Growing up observing his father's work on Broadway and in broadcasting, he would later act on Broadway (Decision, Showboat), produce (All in Love, Juno and the Paycock) and compose (Livin' the Life, All In Love).   Selected film credits include the themes to Iron Man I & II, Supercops, and the scores to Mission: Impossible, Mannix, Singles, and Young Doctors in Love.

Jack Urbont started his television career by writing lyrics and music for Shari Lewis. Following this, he composed themes and lyrics for The Guiding Light, One Life to Live, and General Hospital, which has been heard on television for decades. Additional credits include music for All My Children, That 70 s Show, Winter Olympics, Howie Mandel, and award-winning talk shows such as Oprah, Rosie, and Regis & Kathy Lee.

His themes to the original TV representations of Iron Man, Captain America, Hulk, Submariner, and Thor have also endured (currently three new movies are being made using his music for these Marvel Superheroes). Jack Urbont received an Emmy for Lorne Greene's New Wilderness.

P.S. : This label is also an interesting addition to this post in a new category : the hole as a letter!