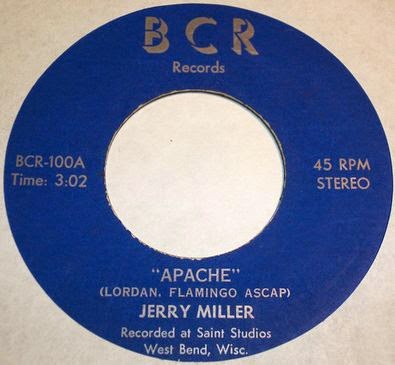 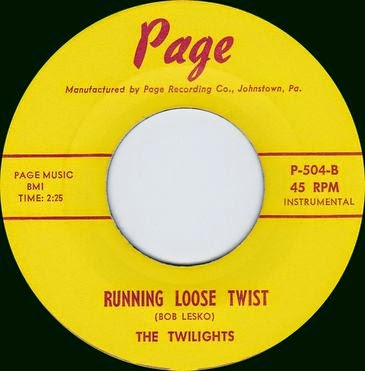 
Predates their REF recording issued later that year  ("The Bug, part 1 and 2").
Owner of label was Alphonse "Al" Page (born Alfonso Pagliaricci in 1911).  He was also a local promoter, publisher and record shop owner.  He died in 1986. 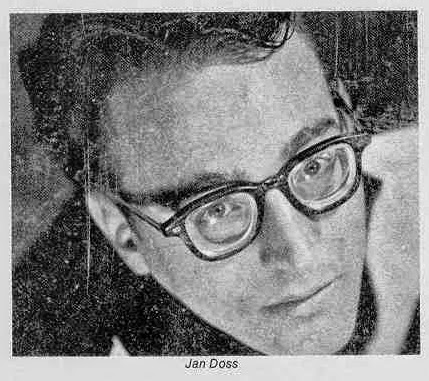 Don't Say This Goodbye Is Forever
From The Best Of Big D Rock, Volume 2 (Collectables)

According to Phil York {1}, Jan Doss was a tall, lanky guy with thick, black-rimmed glasses an inch thick.  He sang and performed well, but got carried away with trying to get unique effects, such as the weird lead guitar sound on these 1960 cuts.  His guitar amp was cranked up very loud, as was the tremolo knob.

These tracks were recorded at the Lew Williams {2}, ' studios in Dallas.  It is not known if these two tracks, certainly from the Phil York archives, were ever released.

Members of the NDCC and their dates enjoy dancing to music by Jan Doss and the Sonics. 1960 Military Queen Miss Betty Sharver Officers and their dates lead the grand march.

{1} Phil York, was a sound engineer.   He wrote the liner notes of the Collectables CD From The Best Of Big D Rock, Volume 2    He died in 2012.  See bio and obituary here 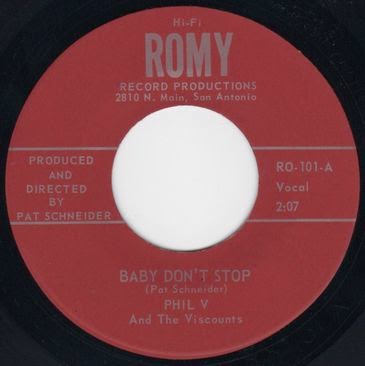 
Written, produced and directed by Pat Schneider,  This one-off record is only listed in Journey to Tyme: A Discography and Interpretive Guide to Texas 1960s Punk/Psychedelia by David Shutt, a booklet published in the late seventies.

A look at the address (perhaps the home of Pat Schneider ?) in Google Maps shows a nice residential neighborhood. 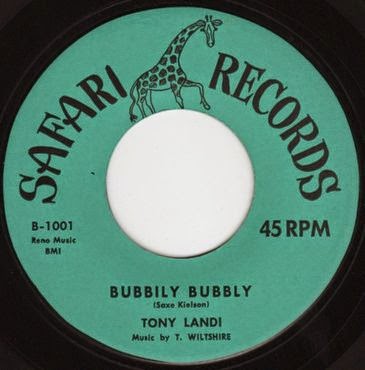 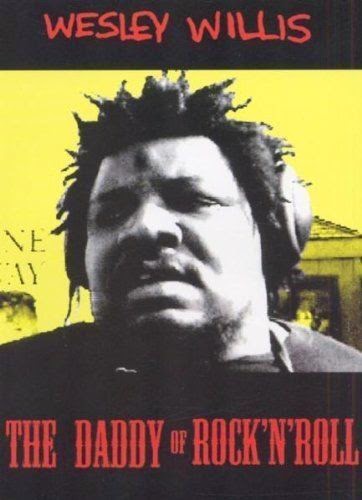 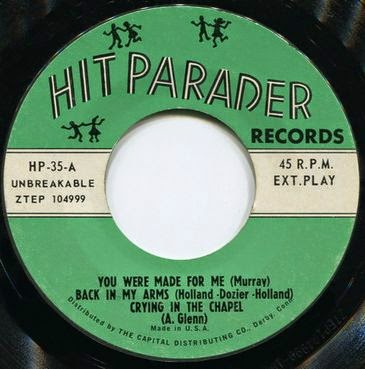 Gloria Wood
with Ivan Scott and the Four Jewels 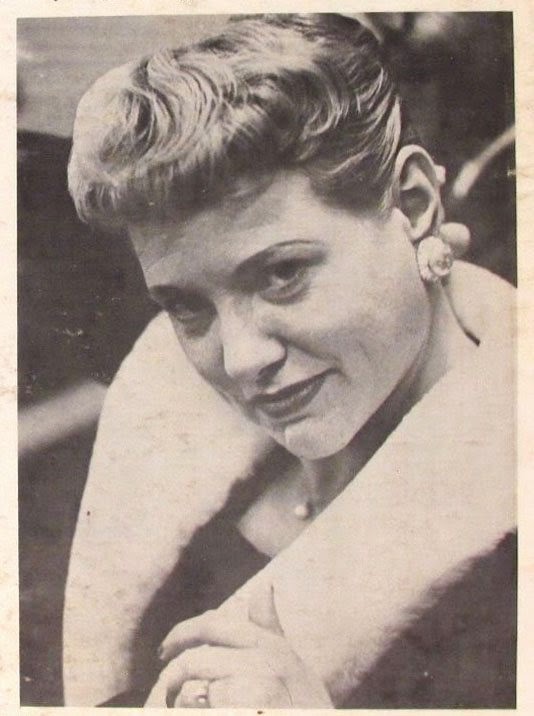 THE KANSAS CITY STAR. SUNDAY. MAY 25. 1958.
Gloria’s Voice(s) All Over TV, but She’s Never Seen By Hal Humphrey.
HOLLYWOOD.—“! want to be seen on TV. Everywhere I go I have to be explained, and it makes me very unhappy.” This complaint comes from a 5-foot-2 bouncy blonde by the name of Gloria Wood who possesses more voices than the late Lon Chaney had disguises. On the “Disneyland” show Gloria Wood.  She is “Tinker Bell” in the peanut butter commercial. It’s Gloria’s high-pitched voice which emanates from the smoking penguin.  In the course of one day’s work her 4-octave range voice will be dubbed for Julie London’s on a radio cigarette commercial, the little cartoon characters in a TV beer commercial and i train whistle for a railroad plug. A few weeks ago Gloria stood in the wings of an N.B.C. studio here and sang the high notes for Betty Hutton who was doing a blues number. On a “live” show this made for some tricky timing on both Gloria and Betty’s parts. Years ago when Bing Crosby recorded “Rudolph, the Red-Nosed Reindeer,” he had Gloria play the piping voice of Rudolph. She was on his radio show eight years. When Gloria opens up her mailbox in the mornings it is overflowing with what are called residual checks. Each time any of the nearly 2000 TV-radio commercials she has made is played again, she gets paid for the repeat performance. This lush monetary balm only partly soothes Gloria’s wounded ego. She would be willing to share a hefty chunk of it with anyone who would hire the whole Wood body, instead of just the voice. All Too Frustrating. “It’s all too frustrating.” says Gloria. “What good does it do to be Minnie Mouse’s voice—which I was—if ] body knows it’s mine?” There was a time when Gloria was hired “in person. After graduation from high school in Arlington, Mass., she got a job singing at a Boston radio station. In 1941 she became the vocalist for the Clyde Lucas band, then playing at Roseland in New York. After another stint with Horace Heidt, Gloria joined Kay Kyser’s band and did the vocalizing for such Kyser recording hits as the “Woody Woodpecker Song.” It was her vocal gymnastics on this novelty number which brought her to the attention of the genuises who turn out singing and cartoon commercials for radio and TV. Gloria thought it was fun at first. Suddenly her voice was in such great demand that she couldn’t find time for anything else. Advertising agencies both here and in New York would rearraange their schedeules and wait patiently for “that Wood girl.” On one occasion the producer of a wax commercial needed voices for a little girl, her brother and a mother. Hej^ had Gloria for the little girl,: but didn’t like those he had auditioned for the boy and mother. Gloria wound up do ing the boy’s voice, but the! producer was afraid that if he let her be the mother he would be lynched by the other performers auditioning. Made a Recording. In 1956 Gloria found time to make a record of her own. It was jazz song called “Hey, Bellboy!” and with the sexy overtones Gloria gave the lyrics, it was well on its way to hitdom. “Then the roof caved in,” Gloria says. “The networks banned it. There was really nothing wrong with the song, just a few dirty minds reading something into it that wasn’t there.” She has a new album (“Wood by the Fire”) coming out soon, and hopes it will get her launched as a personality. Meanwhile, Gloria will go on bearing her cross—making commercials, dubbing voices for big stars and shoveling the checks out of the mailbox

Rhumba at the Matzo Ball
In Brazil It's The Nuts

Queen For A Day
Out Of A Dream

Now That's You're Gone
other side vocal by Bob Scott

When Veronica Plays the Harmonica

Oh, Honey
By The Waters Of Minnetonka

Anybody Hurt?
Oh, Honey
Hey, Bellboy!
By The Waters Of Minnetonka

Hey Mister! (Where Is My Baby Tonight?)
I Keep Telling Myself

Are You Satisfied?
Mississippi Dreamboat

The Rock And Roll
Honey Bee

You're My One and Only Love (Gloria Wood, girl voice uncredited)

Lullaby in Blue
Someday Soon (from film "Bundle of Joy")

I Won't Be A Fool Agai
Heartless Kisses

Paris B.B. (Vocals Gloria Wood)
the only title sung by her on this LP 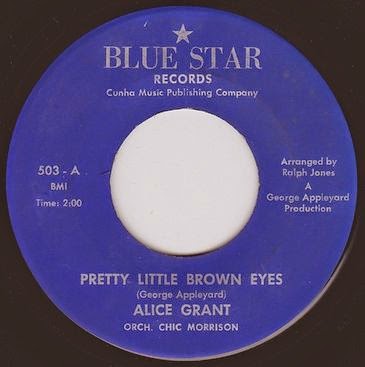 The only recognizable name here is Chic Morrison. the orchestra leader.  Veteran musician Chic (Chick) Morrison played drums with Cab Calloway and other big-time entertainers, such as Louis Armstrong and Benny Carter.

Alice Grant previously recorded with Geo. Appleyard (also probably owner of the label) on Blue Star 501. which according to one comment  at 45cat.com, "is very much like something Nancy Sinatra/Lee Hazlewood would do" 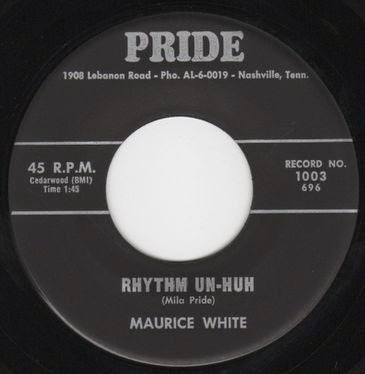 
Mila (Shoemaker) Pride was born circa 1903 in Nashville, Tennessee and was an operator-clerk for the service of the Railway Company, Tennessee.  She also wrote songs in her spare time.  And she managed to recruit singer Maurice White for her vanity Gold and Pride labels.  "Rhythm Un-Huh" was previously issued on Gold in 1958.