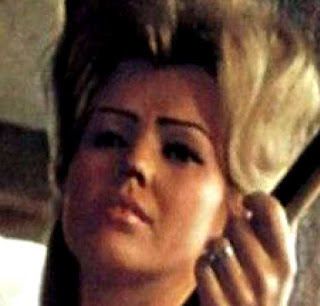 
The J Ann C Trio holds forth in the elegant Cliff Room six nights a week. On Saturday evenings the trio usually moves up to the spacious ball room for an evening of pleasurable dining and dancing before hundrers of Tan-Tar-A guests. 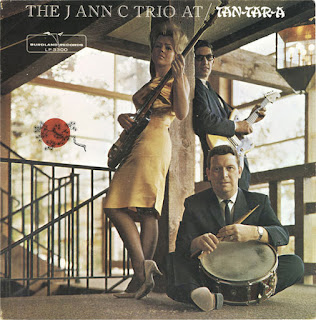 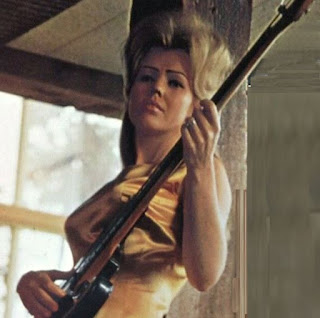 Andrea Arnold, a former majorette at Fabens High School (Texas), a vocalist and guitarist of the J and C Trio, has used the stage name of Ann Delrene. The trio has been performing at Tan Tar-A Lodge at Osage Beach resort in Missouri for over three years before recording a LP issued on Burdland Records (Jefferson City, Missouri). 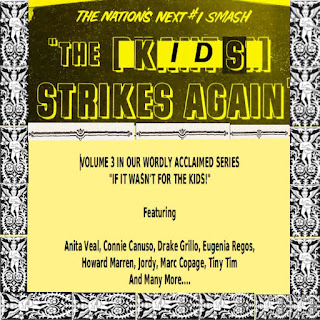 The Kids Strikes Again
In The Kids series, volume 3


★
Every child is an artist.
The problem is how to remain an artist once he grows up.


Anita has been singing since 2 years of age and come from Alabama to St. Petersburg, Florida in 1955 with her parents, three sisters and a brother in 1955. She attended Pasadena Elementary School when she taped this record in Auburndale. She was then 10-year-old. The record, issued on the Sky label, was sponsored by Chapter No. 13, Disabled American Veterans.


When Charles “Chuck” Canuso, vet musician-composer, took over the helm of Omaha-based Applause Records in 1963, he expressed a desire to exploit local talent via the Applause banner and has been scouting the Nebraska area for fresh new artists to fill his roster. .. Indeed, Connie, his 8-year daughter at the time of her first single in 1963, was one of the fresh & local talents.


3-year-old Drake Grillo became the youngest National Anthem singer in Carrier Dome history when he performed in front of over 6,000 at the Syracuse women's basketball team's annual School Day game vs. Niagara on Dec. 17, 2018.[found on YouTube]


She was from Michigan. According to The Grosse Pointe News, "Eugenia Regos,a pupil in the Defer kindergarten, delighted the parents of her little classmates by singing a group of songs in her own charming and captivating style which has already won her a place as a regular guest star on "Auntie Dee's" television program each Thursday"


Howard Marren, was later a regular contributor to Captain Kangaroo and Sesame Street. and wrote some musicals in Broadway.  Howard Marren says he holds both B.A. and M.A. degrees in theatre history from Tufts University.


After having tried to involve Jordy in TV advertisements for nappies where the baby should repeat "hard, hard to be wet", Claude Lemoine, Jordy's father, had the idea of using dance music and simple lyrics to create a catchy song. The result was well received in discothèques, which convinced Lemoine to release it as a commercial single.

Thanks to this song, Jordy was listed in the Guinness Book of World Records as the youngest singer ever to reach number one on a singles chart. He achieved this feat in France in October 1992 at the age of four and a half, beating the previous world record held by Osamu Minagawa and French record held by Elsa Lunghini. Jordy was also the youngest artist to chart on the Billboard Hot 100, reaching number 58 with the song.

In 2009, the ex-toddler filed a complaint against his father and the record company for fraud and wins his lawsuit in 2009. He will receive 820,000 euros in damages corresponding to the revenues he has never collected.


Marc Copage was born on June 21, 1962 in Los Angeles, California. At the height of his relevision acting career, Marc Copage delighted millions of viewers as little Corey Baker in the weekly NBC helf-hour series, Julia starring Diannah Carroll in the title role, which ran for three years from 1967 to 1970.    Some people viewed Corey as a wise-cracking spoiled brat while still others saw as the darling of the series.


Five-year old Tim Knight. Tiny Tim's career began as a country singer when he stepped up to the mike for the first time to sing" Old Cotton Fields" over station KMAD in Madill, Oklahoma. Tiny Tim soon found himself on stage with George Jones who arranged for Tim to sing on the Grand Ole Opry Spectacular in Houston, Texas. He soon became a regular on the Big D Jamboree, Dallas and then on the Louisiana Hayride in Shreveport for a show. Issued on the Alomogordo, New Mexico Yucca label with a picture sleeve.  Info above come for the back cover.

Yolanda White - My Brother Wants A Doll For Christmas (Decca, 1961)


Before recording this Decca single, Yolanda had a short career in Hollywood, known for minor role in All Mine To Give (1957) and Leave It to Beaver (1957). 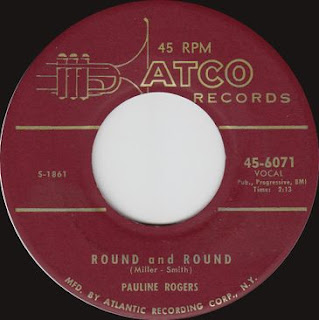 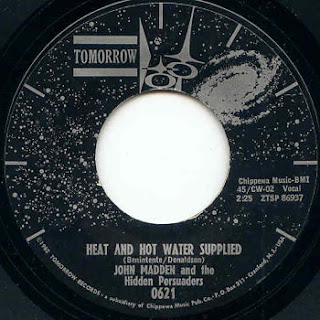 John Madden And The Hidden Persuaders

Pressed by Columbia Custom from 1963.  William K. Benintente wrote the lyrics and Barron A. Donaldson the music.  Diskery was based in Cranford, New Jersey.  If it wasn't for the owner of Chippewa Music (Donaldson) who took care to file a copyright for the label design, I wouldn't be able to describe it. Just in case you want to know: 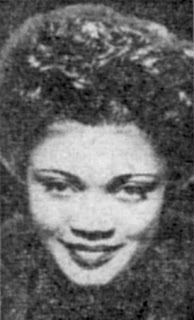 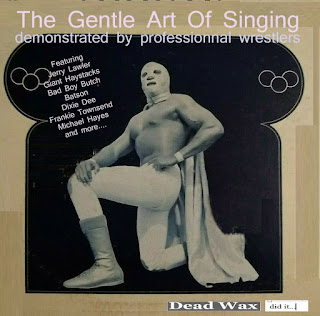 The Gentle Art Of Singing
demonstrated by professional wrestlers
12 tracks

1) Date & label of original issue of Voodoo Mama are uncertain : 1958 or 1959 or 1961 on Fine or on Terock. The only sure thing, is it was recorded in Buffalo (New York) by Dixie Dee, otherwise known as Rich Derwald. 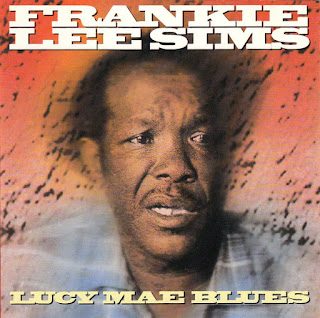 Frankie Lee Sims (1917-1970)
American singer-songwriter and electric blues guitarist. He released nine singles during his career, one of which, "Lucy Mae Blues" (1953), was a regional hit.

Sims was the cousin of another Texas blues musician, Lightnin' Hopkins, and he worked with several other prominent blues musicians, including Texas Alexander, T-Bone Walker, King Curtis and Albert Collins. Sims is regarded as one of the important figures in postwar Texas country blues. [Wikipedia]

Lucy Mae Blues
Collection of his complete Specialty recordings compiled and produced for reissue by Billy Vera and mastered in 1992 by Joe Tarantino at Fantasy Studios, Berkeley.

All tracks recorded in Dallas in 1953 and 1954. From these 20 sides, only 6 sides were originally  issued in the fifties by Specialty : 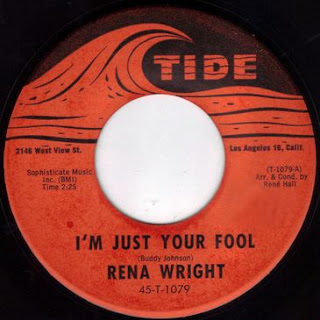 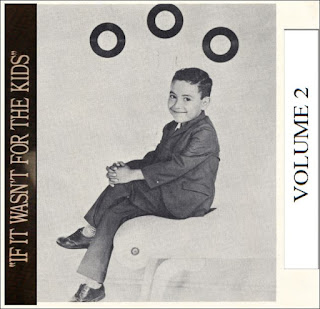 "My father never raised his hand to any one of his children, except in self-defense".


J.J. Villegas was born and raised in Lyford, Texas.  Son of conjunto Chuy Villegas.
J.J. has enjoyed a long musical career having begun to sing under Baby JJ y Los Happy Boys at about the age of 5 years old. He has played with numerous groups, including Roberto Pulido, Laura Canales & Laura Linda V and The Boys.


Answer record to Chuck Berry. Carole Coby, whoever she is, later recorded a song in 1965 called "My Soldier Boy" (on the Roulette label, produced by Hugo & Luigi), one of the first song to mention the Vietnam War.


Tres Williams and Kitsy Christner from St. Louis County were both 10 years old when they recorded the album ‘Dandelions’. Encouraged by their guitar teacher, Tres and Kitsy wrote, arranged and recorded 10 songs. They used a picture from their school photography project for the cover, enlisted local musicians to help out and privately pressed 300 copies to sell to friends and family.  A Production of Kesterson, Bradley & Kesterson Custom Records, St Louis, Missouri.


Six-year-old daughter of Dave Van De Pitte, a Detroit musician and arranger. Jeff Parsons, Dawn's uncle, was complaining at dinner one evening he was having a hard time finding a singer to work with and little Dawn said, "Let me, Uncle Jeff." He did.


Born April 27, 1947 in New York, Joe Ward was seen on the Juvenile Jury TV and radio shows during several years from the early fifties. His grandfather was a headliner in vaudeville, his grandmother was a pianist, his mother was a professional singer and dancer and his uncle, Sam Ward, was a songwriter and ASCAP member.


A product of the PPX Company in New York operated by Ed Chalpin, whose business was making quick, down and dirty (and unlicensed?) covers of bulleted chart movers, and then leasing them out to labels in foreign countries. "A Little Love and Understanding"  was issued in various countries but not, as far as I known, in the United States.


"12 years old with 50 years of soul" produced by Jimmy McCracklin, Oakland, California label.  On another Oakland label, she was billed as Little Denice (also a McCracklin production)


Born Jacky Wayne Waldrop prematurely on July 8, 1948 at the family home he weighed just over three pounds and those first days and weeks were touch-and-go. The family was resourceful and Jacky later learned just how much. “Grandmother put me in a roasting pan on the oven door and prayed all night and fed me with an eye dropper since I was so small.”


From Mount Olive, Gastonia or Spartanburg, S.C,   mother Dot on rhythm guitar, father D. A. Jones on bass along with their teenage daughters, Linda (piano) and Rose (drums). All pictured together on the back cover of their LP "Sunnyland Records Presents The Singing Jones Family" smiling in front of their big mobile home/tour bus with "The Singing Jones Family" emblazoned on the side.  Produced by D.L. Hardin. Linda or Rose on vocal?