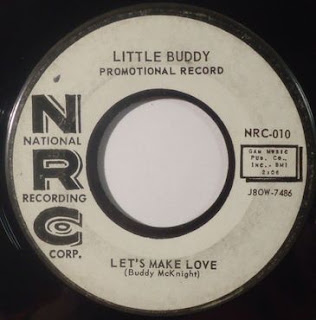 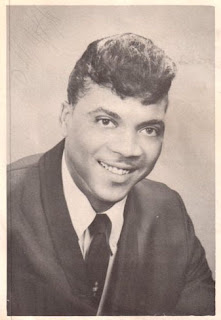 James Benjamin McKnight
Posted by Bob at 6:25 PM No comments: 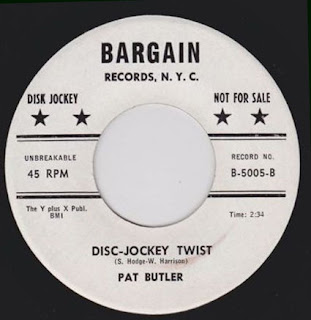 Co-writer W. Harrison is indeed Wilbert Harrison  the two-hit wonder known for his 1959 chart-topper "Kansas City" and a heartwarming "Let's Work Together" a full decade later. 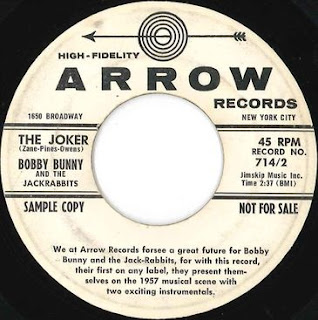 Bobby Bunny And The Jackrabbits

Composers of this sax instrumental are Herb Zane, Lee Pines and Kelly Owens.   If we believe the short bio printed on the flip side ("Scatty Cat"), Bobby Bunny was a 23 year old Tenor Sax man who hailed from Baton Rouge, La.   Although he started his professional career at the early age of 15, it wasn't until his discharge from U.S.A.F. in 1954 that he began to really swing.  Bobby Bunny and The Jackrabbits first record on any label, and also the last, I think. 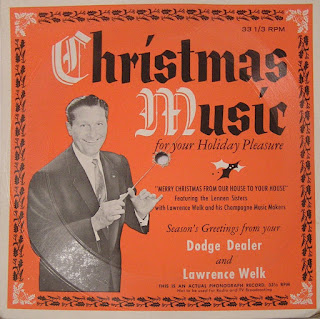 Merry Christmas From Our House To Your House

Season's Greetings from your Dodge Dealer and Lawrence Welk 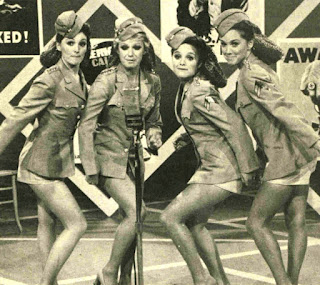 This is my pleasure to be the very first to wish you a Merry Christmas, courtesy of The Lennon Sisters,  and your Dodge dealer too.   And also of Lawrence Welk, even  he didn't doing much, except maybe scratching his nose or other parts.

Make Every Day You Drive A Holiday

You'll never know what real enjoyment driving can be until you put a Swept-Wing 58 by Dodge through its paces.  You'll relax in the smooth road-hugging superiority of its exclusive Torsion-Aire suspension.  You'll appreciate the unmatched ease and convenience of famous Dodge Püsh-Button transmissions.  You'll drive with greater confidence and assurance with the added safety of Dodge Total-contact Brakes and the alert responsiveness of Constant-Control Power Sterring.  And there's an extra measure of satisfaction in knowing that this fresh Swept-Wing styling will set the place for years to come.
Amen 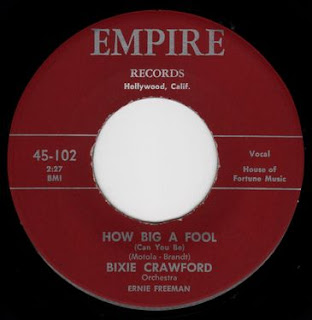 How Big A Fool

Bixie Crawford was born Birdie Marjorie Hairston in 1921 in Guthrie, seat of the Logan County, in north-central Oklahoma just to the north of Oklahoma City.     She attended Fisk and Lincoln Universities, where she majored in music, studying the piano, the alto sax, and the congas. Benny Carter heard her singing at a picnic in a park one day and hired her the next day.
After about a year in Carter's band, she worked in the Jimmie Lunceford Orchestra shortly before the leader died in 1947.

She did three months with Count Basie and gigged with Louis Jordan in 1949-1950, then became a schoolteacher in Los Angeles. When Count Basie reestablished his big band in 1951, she was invited to join and remained with him for about three years.

In the early sixties, she returned to school teaching.  She was then known as Bixie Crawford Wyatt.  She died in 1988 in Culver Cirty, California. 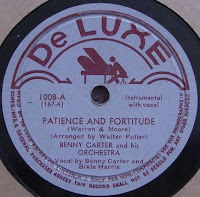 As Bixie Harris, she recorded "Patience and Fortitude" (a vocal duet with the leader) on
Benny Carter's January 5, 1946 record date for DeLuxe (which took place in New York City). 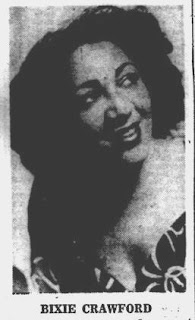