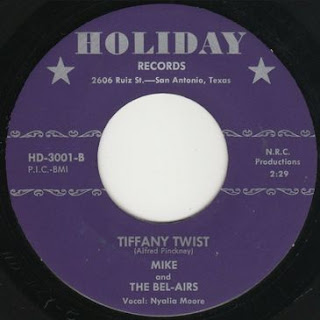 Mike and The Bel-Airs

Band named after the Chevy Bel-Air of singer Bud Harper. Mike Villa. Mando Lucio, Alfred Pinckney, Charlie Virgil, Nyalia Moore and others. After Mike Villa left The Bel-Aires, Al Pinckney took over as lead vocalist and renamed the band to The Exclusives. 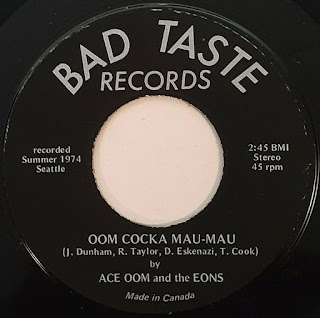 This is actually the Lamar Harrington Band. Formed by University of Washington art students and friends in the early 70s for an event at the Henry Art Gallery, they named themselves after the gallery director, a good person named Lamar Harrington. The band continued to play events around the U of W area and gained some noteriety. When the real Lamar was not pleased with some of the antics and events that her name was being subjected to, she said the band had to change its name; from now on  they were the "Formerly Lamar Harrington", also know as "Hedy Lamar Harrington". 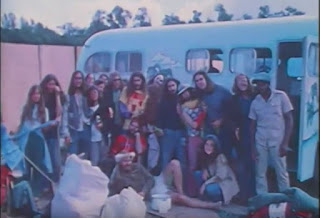 Dan Eskenazi, who has collected oversized footwear for more than 30 years, opened the Giant Shoe Museum in 1997. 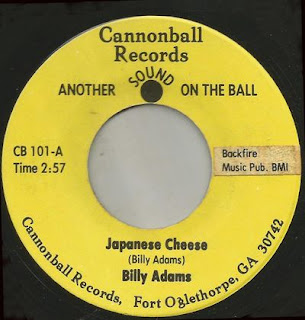 ....Adams, a 1950s singer-songwriter who became a born-again evangelist, reached the high moment of his two-week revival in this small town north of Columbia, Nort Carolina, with a record-crunching and book-burning.
More than 200 members of the Holiness Pentecostal Church -- many of them children -- turned out to learn from Adams that 'Rock has a heavy, incessant demonic beat. It's the same beat used in the rites of primitive tribes.'
'At the base of the brain there's a small gland called the pituitary gland,' he said. 'The rock beat beats on this gland. Rock music has a direct effect on the pituitary gland.
'It distorts it and sends too many chemicals into the brain. It causes a complete wipeout of the moral inhibitions.'
After his 90-minute sermon, the crowd adjourned to the parking lot to burn books, T-shirts and cassette recordings he said were inspired by the devil. A plan to heap rock 'n' roll and country music records into a pile and burn them in a bonfire was aborted. Instead, the albums were smashed with sledgehammers.

Adams noted that RCA records in New York had warned that burning records would release deadly polyvinyl chloride gas.  'RCA came out and said there's poison gas in these records,' he cried. 'Well, we knew that, that's why we're going to break them and burn everything else.'

He agreed that some critics would call his career as a recording artist hypocritical, given his attacks on rock music. "You'll have a few who'll say, 'Aha, look what he's done,' " Adams said. "But my big fight with rock music was when they went beyond selling records and filled it with drugs, sex, hidden messages and Satanic things."

Born in Redbush, Ky., on March 6, 1940, Mr. Adams was one of 14 children and the son of a coal miner who worked in the Van Lear coal mine, the same place that Loretta Lynn sings about in “Coal Miner’s Daughter.”
Other songs he recorded in the late ’50s include “You Heard Me Knocking,” “True Love Will Come Your Way” and “You Gotta Have a Duck Tail.”
He was inspired to write “Rock, Pretty Mama” listening to the sound of trains near his home.
Billy Adams died March 30, 2019 in Westmoreland, Tenn. He was 79.