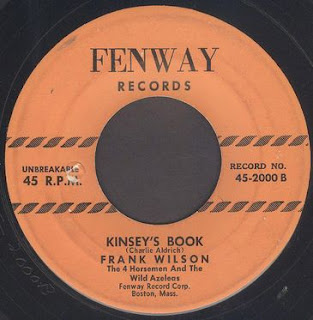 Frank Wilson
The 4 Horsemen and the Wild Azeleas

To conduct the groundbreaking sexology research, Kinsey and his colleagues interviewed more than 18,000 men and women. Their questions touched upon subjects like sadomasochism, extramarital relations, frequency of masturbation, and number of partners of the same or opposite sex. Once all the data had been gathered, Kinsey was able to break down sexual trends by age, socioeconomic status, and religion to assemble a portrait of human sexuality. The study demonstrated that some practices (like homosexuality, for example) that were considered socially unacceptable were actually quite common. Alfred Kinsey became a household name following the release of Sexual Behavior in the Human Male (1948) and Sexual Behavior in the Human Female (1953), two books that are together known as the Kinsey Reports. 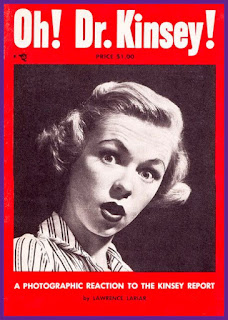 Despite his success (or perhaps because of it), Kinsey attracted more than his fair share of angry critics during the 1950s. Scandalized conservatives claimed he was supporting a communist agenda by eroding sexual morality and family values in America. The controversy surrounding his name hasn’t let up since Kinsey’s death in 1956. One area of research in particular, his findings on sexual behaviors in children, remains the subject of intense scrutiny today. He gathered the information used in these sections from interviews conducted with a serial child rapist. The man agreed to speak with Kinsey under the condition that he wouldn’t be turned in for his crimes. In a possible move to protect his subject’s identity, Kinsey credited his data on children to many sources instead of just one, undermining the integrity of his work in the eyes of many scientists. 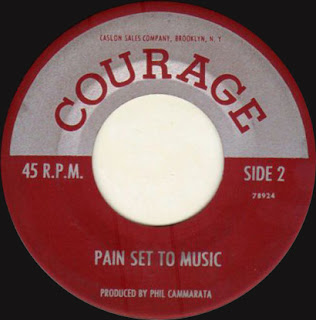 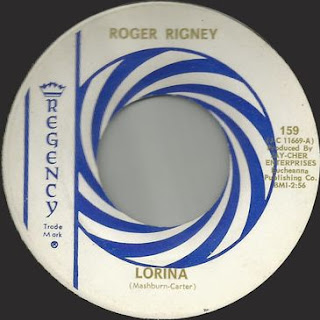 Regency 159
produced by Jay-Cher Enterprises
1969
Regency Records is a record label founded by Georgia record producer and TV/Radio syndicator Johnny Carter and North Georgia disc jockey Lamar Gravitt in 1965. Regency Records was originally a part of the C-R-Co (Cherokeeland Recording Company), based in Calhoun, Georgia near the 19th century national capital of the Cherokee Indians. The label operated as a part of Jay Enterprises when Carter moved to Tennessee in 1966, and became a part of Cherokee Album Corporation when Carter returned to Georgia in 1968.[Wikipedia] 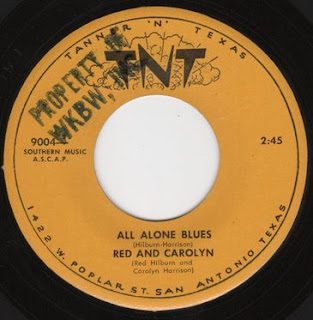 Hilburn grew up around the country music scene in Texas. He played with Willie Nelson before Nelson was well-known. He even interviewed Elvis Presley on the radio.

Hilburn laughs about a time when Willie Nelson was asking him for a job. At the time, around 1954, Hilburn was working as a disc jockey at a radio station in Pleasanton. Hilburn spoke to one of his superiors and said, "He's a great guitar player, but he doesn't sing too well."

"Willie was the kind of person that never forgot his friends. He was just easy going, didn't get upset if you made a mistake," Hilburn said. "He was a kind and generous person, and he loved farmers."

Hilburn grew up on a farm between Pleasanton and Floresville. "My dad never liked me to play," Hilburn said. "He thought it was a waste. He wanted me to be a farmer."  But Hilburn's mother encouraged his music, giving him a harmonica when he was 4. "I learned to play it by the time I was 5 years old," Hilburn said. "And when I was 8 years old, I talked my mom into getting me a guitar." "

Hilburn is a self-taught musician. His family could not afford music lessons; so he did whatever he could to learn. At 15, he obtained a fiddle from a friend through a trade. When he graduated from high school, he insisted on getting a guitar for his graduation present.

Hilburn enjoyed his first success when he was 18. The local movie theaters in and around the Pleasanton area were organizing talent contests. Hilburn said he won the contest for eight weeks in a row. "KBOP outside of Pleasanton heard about me. The advertiser on the air wanted me to come out and audition. I was 18 years old, playing guitar and all the girls was looking. Right away I got me a spot on the station."

Hilburn went on the radio with his own show. Shortly afterward, Hilburn got his chance to make regular appearances on television. It seemed he was on his way. But when I turned 21, Uncle Sam decided he needed my services," Hilburn said.  It was 1952 during the Korean War. Hilburn was called to Germany with the special services unit. He spent two years performing at clubs for noncommissioned officers.  When he came back from Korea, he went back to the radio station and worked as a disc jockey.

Since then, he has watched many musicians come and go. He has organized many bands, and seen many fall apart. One of his biggest successes was during the period when he played at a well-known local hang-out, the Breezeway Club. He performed there from 1971 to 1976 and again from 1978 to 1979. He also played at Johnny Lee's Club in Pasadena.

Hilburn worked as a quality assurance manager for Taft Broadcasting at NASA, which broadcasts activities such as shuttle launches.

I'm Gonna Buy Me a Dog 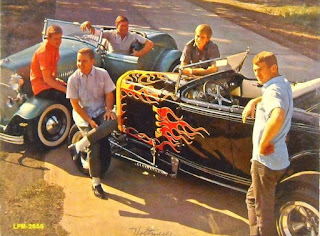 I'm Gonna Buy Me a Dog
The Astronauts, RCA unissued, 1965

The Astronauts were the first Boulder, Colorado band to make the national charts with "Baja" in 1963 and remained successful for several years, especially in Japan. They have been described as being, along the Trashmen, the premier landlocked Midwestern surf group of the '60s.   For most of their career, the band members were Rich Fifield, Jon "Storm" Patterson, Bob Demmon, Dennis Lindsey, and Jim Gallagher.

Boyce & Hart's "I'm Gonna Buy Me A Dog" was first recorded by The Gamma Goochee for Colpix Records. The backing track to the Gamma Goochee's version is the same track as the Astronauts version on RCA.  Both feature Bobby Hart on percussion and Tommy Boyce on piano with The Astronauts as the core of the band.  Shortly thereafter Boyce and Hart redid "Gonna Buy Me A Dog" with The Monkees (perhaps using the same track?).
Posted by Bob at 5:50 PM No comments: