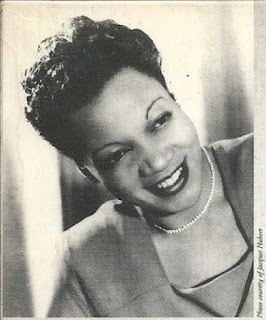 Her recording career spans most of the 1940's to 1963 with original releases on AFRS Jubilee, Majestic, Mercury, Victor, Decca, Verve, United Artists, Regina plus one last session cut in 1980 in Nice, France for Black & Blue.  She is best known for her high-pitched singing style, which incorporated scat singing, giggling, and percussive sound effects.

“People asked me to sing a song and I didn't know the lyrics,” said Miss Murphy. “So all of a sudden the “cheechee” sound came to me. I was just kidding around. But people kept saying, “do ‘chee-chee.’ “ It's just part of me. It doesn't mean anything.” 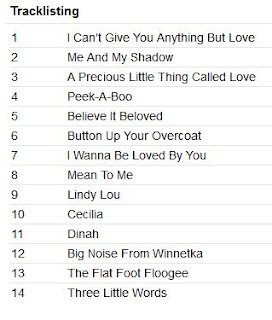 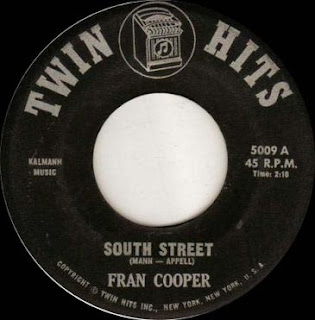 
Twin Hits was operated by Barney Young and Gloria Parker.   Barney was a music publisher, composer, personal manager, lawyer, and song plugger.  Gloria, who was his co-composer, star performer, and fiancee, was a versatile bandleader, contralto, marimbist, and musical glasses virtuoso.
Covering the hits of the day, the recordings by pseudonymous artists were produced by Ed Chalpin for his PPX Enterprises set-up.
Barney Young died in 1969. Miss Gloria Parker's official website is here 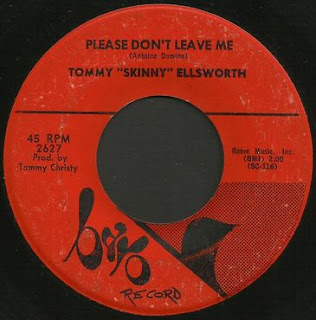 Tommy Ellsworth, birth name Thomas E. Nazziola, also recorded with his Rockin' Jesters on the Oklahoma, Scot and Romaine labels.  He is also quite possibly Ray Ellsworth singing "Rock And Roll Show" on his own Ellsworth label.

"Rock And Roll Show" has been available on several compilations, but a label to see is still elusive. 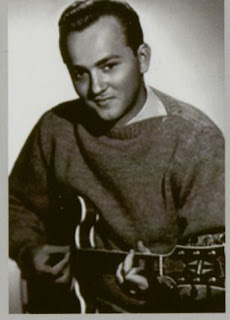 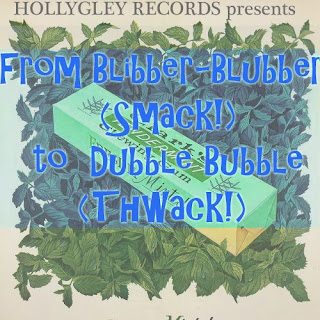 Dedicated to all who have chewed it, detonated it,
swallowed it, left it underfoot, parked it under tables
and stored it used in the refrigerator

With thanks to Robert Hendrickson, author The Great American Chewing Gum Book (1976) 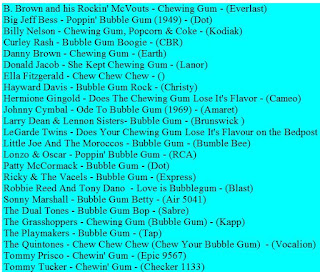 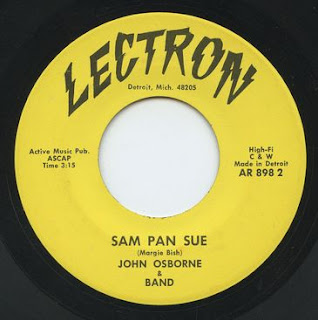 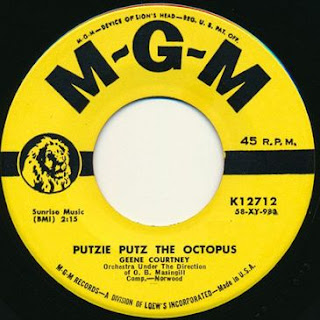 Que Dor Eu Sinto [What A Pain I Feel] 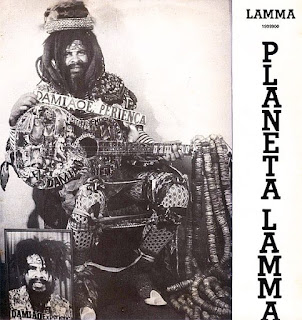 Damião Ferreira da Cruz (1935?-2016), better known by his stage name Damião Experiença,was a Brazilian singer-songwriter, lyricist, multi-instrumentalist, record producer and compulsive hoarder. Considered to be a major name of the Brazilian countercultural scene and one of the country's most famous and prolific outsider musicians, he was praised [and] constantly compared to schizophrenic outsider artist Arthur Bispo do Rosário and musicians Frank Zappa, Moondog, Captain Beefheart, Sun Ra, Jandek and Father Yod.  His albums, usually sold by him in the streets or even handed out for free when he felt like it, became much-sought collector's items, and his reclusive, eccentric and unpretentious personality has attained him a passionate cult following.

He experienced an unhappy childhood and was constantly mistreated by his parents, which led him to run away from home to Rio de Janeiro when he was between 10 and 13 years old. As a youth he served as a radar operator for the Brazilian Navy; while in the Navy he allegedly fell off a ship's crow's nest, hitting his head on the floor, which could have provoked his erratic mental state.

After his precocious retirement from the Navy in 1963, he went on to live with a prostitute in a stilt house in the vicinity of the bairro of Estácio, became a pimp and was able to produce his records thanks to money obtained via procuring

Damião's musical style is impossible to categorize accurately, since he experiments with numerous genres, more prominently freak folk, psychedelic rock, reggae and experimental rock. His songs have no logical sense at first sight, and mostly of them are sung in a dialect created by him, the "Planet Lamma dialect" (spoken in his eponymous "home planet"), with improvised lyrics.

He usually plays different instruments and sings at the same time. In his earlier releases, Damião used exclusively guitars with different numbers of strings (e.g., his debut Planeta Lamma was played with an one-string guitar), harmonicas, shakers and occasionally marimbas, mixing Portuguese with his own dialect in his lyrics.