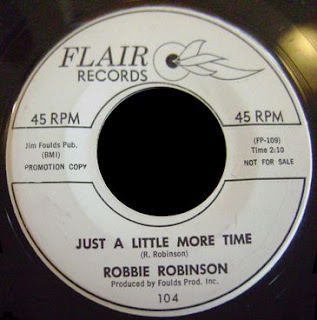 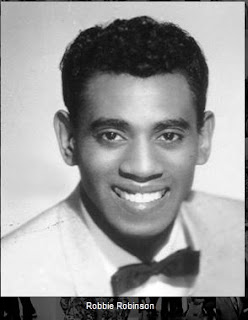 Born in 1930 in Greensboro, North Carolina. His dad was a tailor and part-time musician. Robbie Robinson played saxophone in the early 50s for the Johnny Otis band and had since a long career in the music industry as both vocalist and musician. His credits include many musical groups, including Blinkey Allen band, The Dominoes, The Flares/Flairs and the Ink Spots. Robbie has worked as a backup singer for several other popular groups, including The Platters. He also appeared in two movies : “Rock All Night” with The Platters, and “Pillow Talk”, with Rock Hudson and Doris Day

One session for Jim Foulds Productions and his Flair label (not the Modern subsidiary) in 1962 provided two records,  this one and the other with his older brother, Robin, credited to the Robinson Brothers.

The Rejects on Kay Pay Records 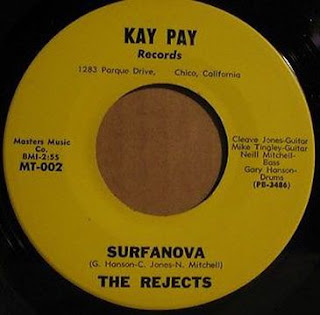 Instrumental band formed by Gary Hanson while he was a student at Fall River High School in McArthur, California, not too far from Chico, California where Kay Pay Records were located.


Another disc on the MitcHans label issued in 1970 shows about the same line-up with Mike Tingley replaced by Harold Hansen on bass. 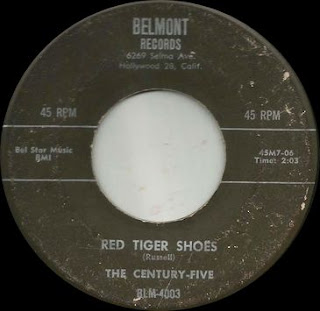 From 1960 on the tiny Belmont label out of Hollywood, possibly owned by Steve Riggio. 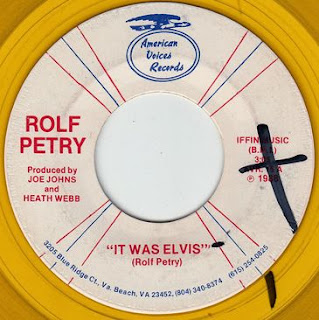 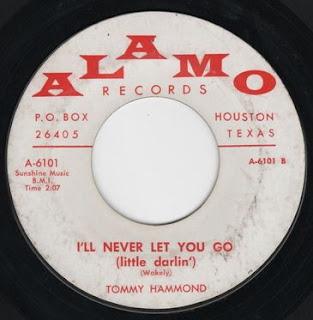 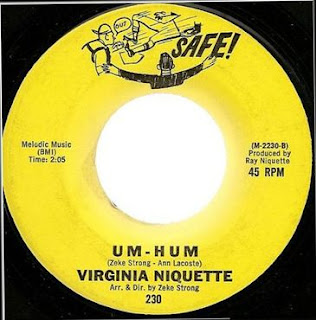 Saxophonist, arranger and producer for small Los Angeles labels,  Ezekiel "Zeke" Strong, despite numerous arranged and produced recordings, is still largely unknown.  Born in early 20s in Oklahoma, he died in 2003. Not much is known about the man. 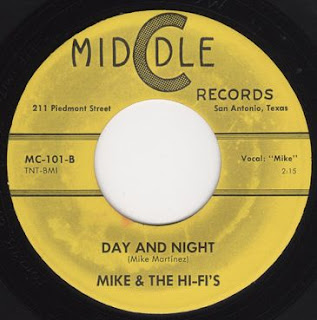 This group was led by Swingin’ Mike “Keys” Martinez who recorded “Sugar Baby” (Great Records #702) which was popular in San Antonio among the car clubs. He led the Hi-Fi’s a little later after this recording. 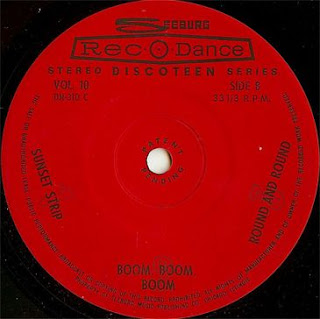 Cover of John Lee Hooker by uncredited band on the last disc of the fifth set in the Discoteen series issued by the mighty Chicago's Seeburg Corporation in 1965.

DiscoTeen, which released 5 sets of 10 discs with a red label, culled
all the recent hits from the Discotheque Series and added a lot more,
with only occasional slow songs. Mixed in with the instrumental versions
of hits were 1-3 originals on each album (as was the case for the other
series, also), usually quite competent and danceable instrumentals.

The music itself included no hit versions, but the musicians were quite
competent and the sound quality was excellent. The artists were not
identified, so we have called the various artists the same name Seeburg
used for their generic music in the past, The Seeburg Spotlite Band.
Actually, according to those around Seeburg at the time, bands such as
David Carroll and Boots Randolph and their orchestras were hired to
record these tunes, and recordings were done in first-rate studios such
as Universal Studios in Chicago (Seeburg's home city) and Nashville's
top studios. All the recordings were well-separated true stereo.

Info taken from the excellent Both Sides Now website HERE

Waking Up Is Hard to Do

Neil Sedaka : Waking Up Is Hard to Do 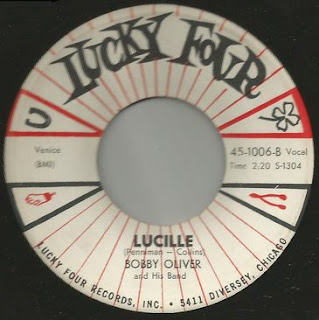 Lucille
Bobby Oliver and his band


Second single of the artist on Lucky Four, a Chicago label owned by Lennie Lacour.  According to
Doowop: The Chicago Scene (Robert Pruter), Bobby Oliver was a white performer  :
[Another] notable act of Lacour was a white rhythm and blues performer by the name of Bobby Oliver.  He had some success with "Where Do Dreams Go" on WGES but not on any white outlet.

Susanne Haines, Waxmate of the Month 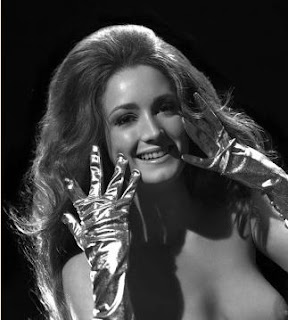 Susanne Haines was a stripper and former Miss Nude Universe. "Nothing else seemed exciting at the time," she confessed. "I couldn't imagine anything else." Then Susanne, Register found the Lord and her life was transformed. . . . She was Susanne Haines in those days when "I thought I was free, but I wasn't. I really didn't know God." "I became an atheist when I was attending Sacramento State College. Before that I was a mormon," she said in an interview in Jacksonville, Fla. The next phase of her life, she recalled, just happened. When she was a college senior and married she decided she wanted to get away from her husband. "So when I saw an ad in the paper for a go-go waitress I quit college and began making $72.50 a week in a beer bar. Then I learned to strip-tease." In time she was making a salary of $450 a week as a ' stripper and this figure jumped to $1,000 a week when she danced as Miss Nude Universe after being named to the title in 1971 at a pageant in San Bernardino, Calif. Susanne was arrested some 25 times for indecent exposure, "But I didn't think I was doing anything wrong." Then in Oklahoma City she was arrested for grand larceny; a charge that haunted her afterwards. To this day she refuses to discuss it. "Although I never went to court, I knew that arrest would follow me through life," she said.

On June 30, 1977, the Santa Cruz Sentinel reported that the 1971 Miss Nude Universe will spend Saturday dressed and with her Bible at the nation's only government-operated nude beach.

"As Jesus walked among the sinners, I want to walk among the nudes to describe for them the better way of life that I have found," said Susanne Haines Register, a former nightclub stripper. Mrs. Register also is to conduct a weekend tent revival in the suburb of El Cajon. Meanwhile, the City Council on Wednesday decided to put the question of whether nude sunbathing will continue at Black's Beach before the voters in September. In recent weeks, the council has been under increasing pressure to reverse its three-year-old experiment in allowing the 900-foot strip of cliff-enclosed sand to be used as "swimsuit optional" area. Protests concerning the beach have been loud from residents of the $250,000 homes in La Jolla Farms, which overlooks Black's Beach, although some of the residents say they are more upset about parking problems created by the more than 30,000 people who use the beach on weekends than nudity. Robert Jacobs, chairman of the Nude Beaches Committee, told the council he was "distressed that a small group of totalitarian moralists" forced the council into its 5-3 vote to call the election. "We'll continue to fight in the council chambers. We'll continue to fight in the courts. And we'll fight on the beaches," said Jacobs, whose group seeks expansion of swimsuit optional beaches. He said if necessary, nude bathers would test the ability of the city to enforce clothing edicts by inviting mass arrests. 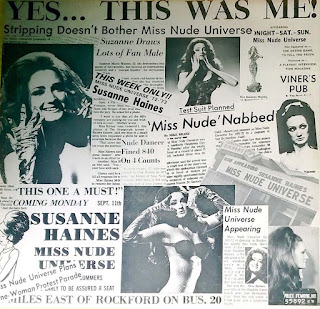 Her only waxing (spoken word) released on the Shade Tree label in 1976.
How she lived in sin (side 1) and how she found God (side 2)


If you don't want to be offended, do not follow this link