Why Elvis? Why mice? 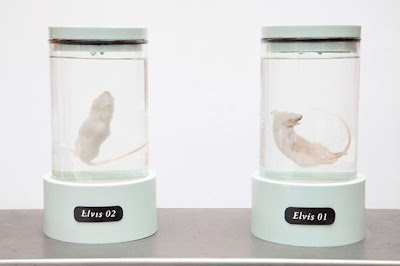 The King is dead -- long live the genetically-engineered mouse version of the King.

Why Elvis? Why mice? 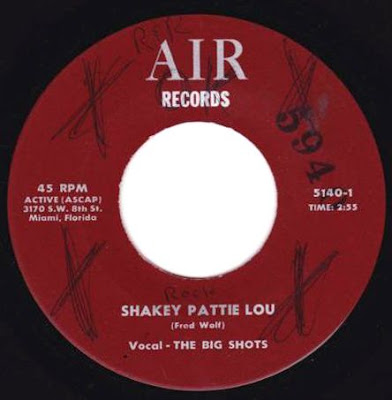 Come With Me My Billie (Ruby Rogers) 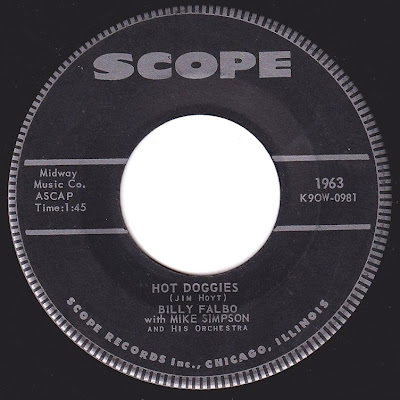 Billy Falbo
With Mike Simpson And His Orchestra 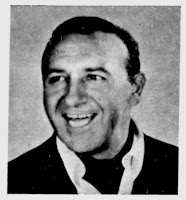 Billy Falbo was born In Chicago in 1927. While attending Wells High School, he joined the Catholic youth Organization and the Union League Boy Club where he developed an interest in boxing.

He became an amateur boxer in his late teens, eventually entered the Golden Gloves tournament. After two years in the Coast Guard in World War II, he started his comedy career in 1945. touring the country with various bands as a pickup vocalist.

He was a regular performer at Las Vegas hotels such as Caesars Palace, the Flamingo, Dunes, Desert Inn and MGM Grand, and was known for his impressions of singers and his standup comedy. He had a long-standing contract to perform at Chicago's Playboy Club, and he appeared at many other nightclubs in the city and around the country. In addition to Sinatra and Damone, the performers Mr. Falbo opened for Dean Martin, Connie Francis, Frankie Avalon, Tiny Tim, Tony Bennett and Bobby Darin, among others. Among his more popular impressions were those of Al Jolson and Louis Armstrong.

For his last 20 years, he entertained passengers on Caribbean cruises until shortly before his death November 1999, in his Boca Raton, Fla., home. But he lived for most of his career in Chicago's West Town neighborhood, near where he grew up. During the 1960s, he operated Billy Falbo's Restaurant on West Grand Avenue.

Like many entertainers of his generation, Mr. Falbo crossed paths with organized crime figures.

In the late 1960s, Mr. Falbo was the secretary of the Sante Fe Saddle and Gun Club, a west suburban hangout for high-ranking members of the Chicago crime syndicate. The club raised a stir in 1967 by throwing a "testimonial" party for mob figure Fiore "Fifi" Buccieri in the Edgewater Beach Hotel in Chicago.

Mr. Falbo apparently enjoyed guns but had bad luck with them. In 1962, he shot himself in the knee with a .22-caliber revolver while practicing his "quick draw" in the basement of his summer home near Island Lake in McHenry County. A few years earlier, he was arrested for illegal possession of a handgun in upstate New York after accidentally shooting a hunting companion in the knee with a .38-caliber revolver.

In 1961, Billy Falbo was featured in a sexploitation movie, "The Adventures of Lucky Pierre", filmed in Fleshtone Color and Skinamascope, " a picture for broadminded adults (for those with broads on their minds)".

Twist And A Rock 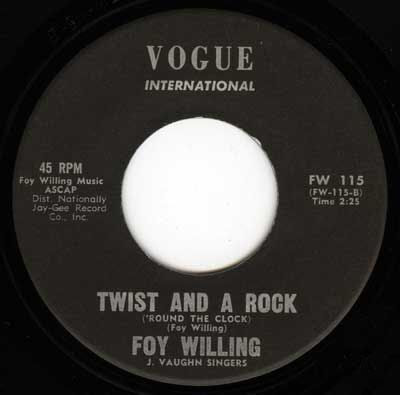 Twist And A Rock

The uncredited singer, backed by the J. Vaughn Singers, is obviously not Foy Willing.

Most people probably remember Foy Willing (and the Riders of the Purple Sage) from his work in the Roy Rogers movies.

In the late fifties and in the sixties, he produced records for his own Wilco label and Vogue International (Linda Roth, Bobby Summers, Mary Ford and even a psychedelic band in 1968, The Boston Tea Party)