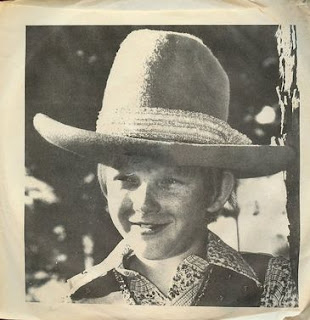 
From Keota, Oklahoma, the youngest of four, Marvin was raised on a steady diet of country and rock ‘n’ roll music. His dad worked for a US Army munitions plant that was a 6-hour drive away, but performed on nights and weekends with his Country/Western band, Ken Short and the Drifters. “My Daddy made sure to call it Country AND Western,” Marvin said. As Marvin’s singing talent became more obvious, his dad put Marvin on the stage and let him front the band more and more.

By the time Marvin was 10 years old, his dad got him gigs on morning TV shows in Tulsa and Oklahoma City and introduced him to the recording studio where he cut his first track on a record. At the age of 12, he won several honors including “Under 16 Male Vocalist Award” and the “Under 16 Male Instrumentalist” from the Oklahoma Opry Association.

As a teenager, Marvin hit the road with Johnny Long, playing Country/Western music throughout the region. Then he played in Top-40 Country bands at nightclubs and on the Louisiana Hayride, a country music show broadcast from Shreveport, Louisiana. 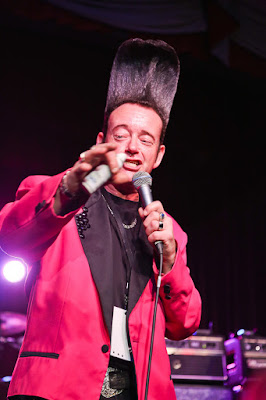 You’ve never seen hair like Marvin’s.
Long and pulled up into a very, very high pompadour.
On any show day, he uses a whole can of hairspray to keep it up that way

Let me entertain you 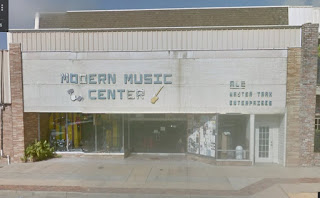 This was the location of J D Miller's recording studio, where all the great swamp blues music from the likes of Slim Harpo, Lightnin' Slim, Lazy Lester and Katie Webster were produced.

The Entertainers (Jenny Lee and Joe) were there in the mid-seventies, recording a cover of Pistol Packin' Mama.  According to some local legend, the song was actually issued on the local Pelican Records label.  Needless to say, unless some family member leave me a comment, Jenny Lee and Joe will stay in the dark for the eternity...
. 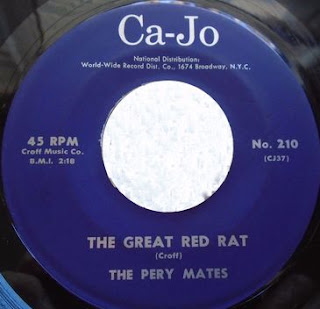 I haven't be able to find much info about this record or the artist(s).  The singer and songwriter full name is John G. Croff who later recorded an album in the Edgewood Studios (Washington, D.C.) in 1966 on the same Ca-Jo label : "A Fallen Star / Ballad of America The Revolution" (Ca-Jo 211)

On that album he was backed by Al's Dynamics, probably the same band who had a single on Ideal Records in Pittsburgh, Penn.

Oops! There She Goes 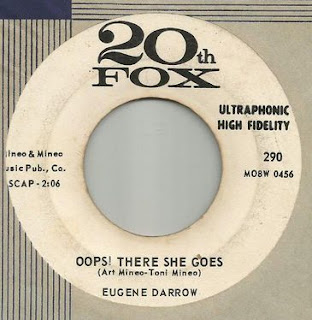 Oops! There She Goes

Attilio "Art"  Mineo (1918-2010) was born in Brooklyn ,from a Sicilian family, he grew up in his parents’ boardinghouse for fellow immigrants.  His mother gave him a love for Italian opera, but the young Mineo turned to jazz and became a top-notch musician, playing with Buddy Raye and arranging for the U.S. Army Band in the 1930s.

During World War II, Mineo was posted to Fort Lewis, where he met his future wife, Toni, also a musician. He stayed in Tacoma and became the jazz pianist, bassist and arranger for the New Yorker club on Sixth Avenue, now gone but then the top place to go.

“Art was … wonderful, very tolerant of us young guys,” said Bill Ramsay, a former saxophonist for Mineo’s band, in a News Tribune interview. “One guy would actually fall asleep on his chair. Art would just say, ‘Let him sleep.’ He was very patient.”

Through the 1950s, ’60s and ’70s, Mineo played in town and toured, arranging for greats such as Paul Whitehead, collaborating with Skitch Henderson on a commission for Jackie Kennedy and writing the music for the Bubbleator at the 1962 Seattle World’s Fair.

Of Eugene Darrow, nothing is known and this was probably his sole recording.  Was he also from Tacoma? 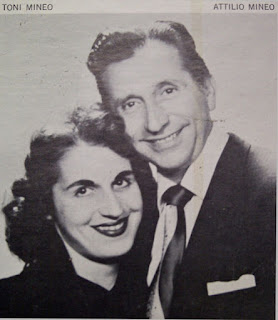