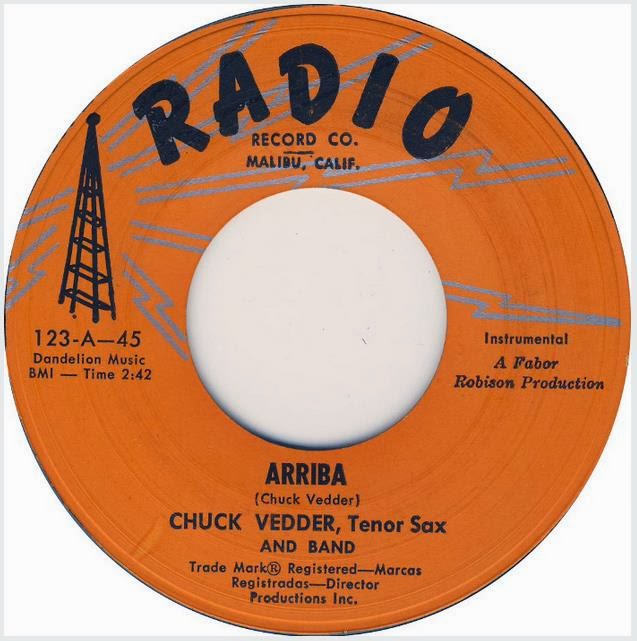 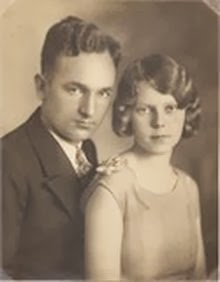 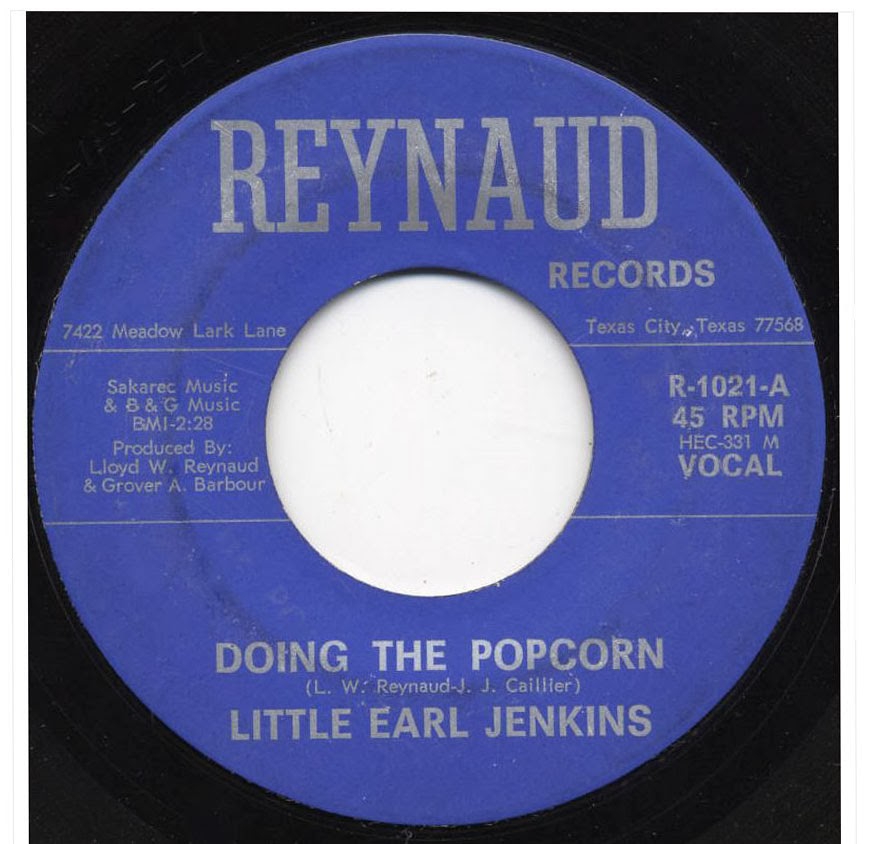 Reynaud 1021
7422 Meadow Lark Lane
Texas City, Texas
1965
Reynaud Records was started in the early sixties in Opelousas, Louisiana by Lloyd Reynaud.
Lloyd Walter Reynaud, Sr. was born on October 26, 1936 in Opelousas, Louisiana.  He was the brother of saxman Hot Rod, a member of Cookie and the Cupcakes’ horn section.   Band leader and drummer, agent and manager, he brought horn player Duke Stevens, Little Victor and guitarist Charles Tyler to Lanor Records.  For his own label, he recorded bluesmen Jay Jay Callier and Roscoe Chenier.

In 1963, he earned a degree in electronics and upon graduating NASA/Taft recruited him to their space center in Houston, Texas.  He moved to Texas and, with him,  his label as well.

He wrote and/or produced further records with Earl Jenkins and Charles "Chuck" Colbert which were issued on the Grover Barbour's Bee label, out of Reading, Pennsylvania.  What was exactly the agreement between Lloyd Reynaud and Grover Barbour and how it was made is not known. 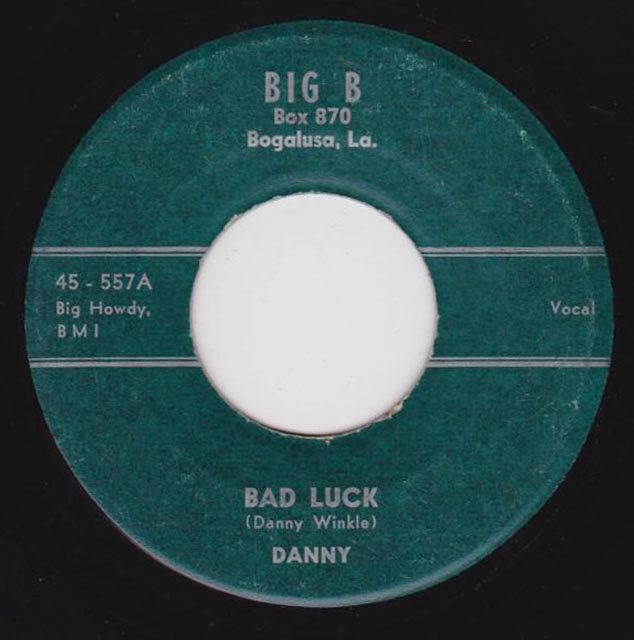 Danny (Winkle) was perhaps from Biloxi, MS where he played The Copa Lounge on Pat Harrison Avenue around 1959.  Danny had at least another release on Village Records in 1962   :  "Don't Fall In Love" b/w "The Girl At Johnny's " produced by Pee Wee Maddux and Kennedy.
This Big B label (not to be confused by the Big B label from Avon-by-the-Sea, New Jersey) was owned by Hastel Joseph "Hack" Kennedy (1915-1994) whose main label was Big Howdy.  Village Records was also perhaps his own. 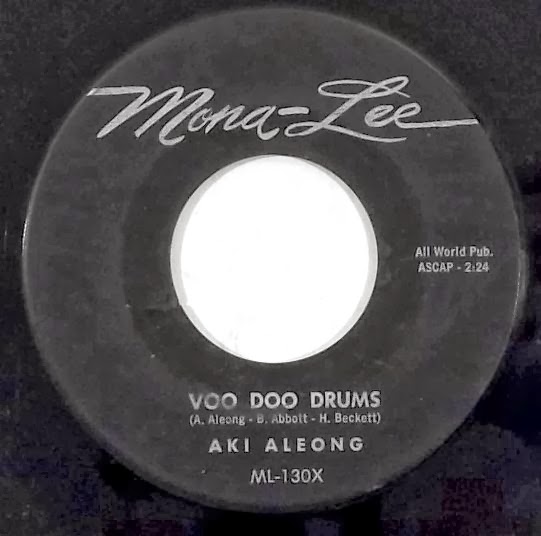 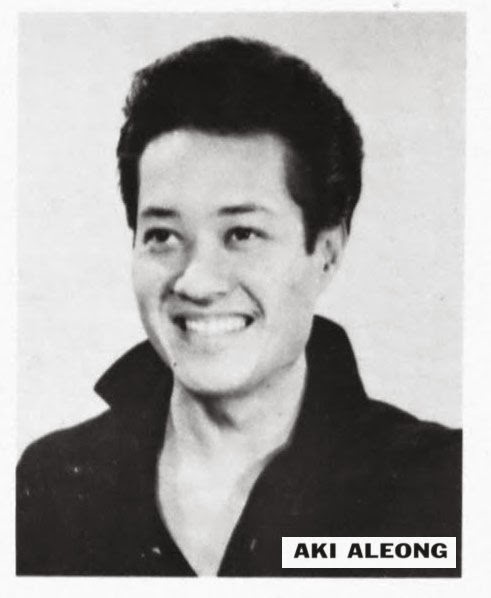 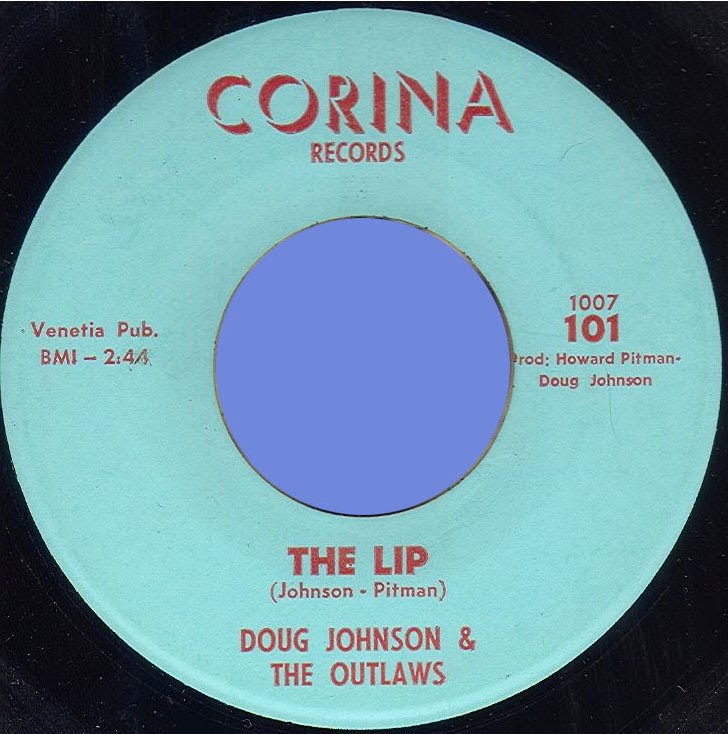 "The Lip" was also issued on Witch Records.  A previous record issued in late '62 by Doug Johnson and the Outlaws was on Bethlehem Records.  You can listen to both sides on YouTube.

Doug Johnson, about who little info can be found, collaborated with Howard Pitman for a release on Concord Records by the Candidates. Concord Records was started by Howard Pitman, a former member of the Five Chances on Blue Lake.  Initial release was "The Gorilla" by The Ideals. The master was leased to Cortland Records.

Venetia Music was owned by Bill Erman.  He was the owner of the Diamond Coal Company, at 1501 Est Cortland on the Chicago North Side.  He made his money from coal and oil, but his real love was music.  Bill Erman founded the first of his labels in 1961 : Witch and Cortland for r&b music and Ermine for rock 'n' roll and country music.  (Robert Pruter : "Chicago Soul", book) 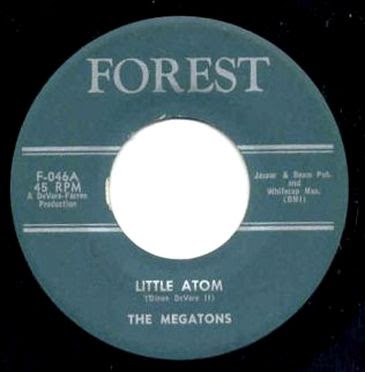 The Forest label was perhaps owned by Dixon DeVore, who also wrote both sides of the previous release on this tiny recording label (which was Jimmy Helms : Fairytale Princess / Daddy! Daddy!)

Jaspar Music Publishing Co. was owned by the Marvel Records Co.  located (at least since the late forties) in Manchester , New Hampshire.  The company was the US representative of Banff and Rodeo International (Canada), and W&G and Melbourne (Australia). Born in Buffalo, New York, Dixon began piano lessons at the age of 4. His Mother was a Piano Teacher and his Father was a Doctor.   A classmate of Oscar Hammerstein's Physician, who took him to his first Broadway musical at the age of 5, Dixon says, he has been hooked on the art-form ever since. Particularly English Music Hall, type Theatre. To this day, "HALF A SIXPENCE," is still one of his favourites.

Dixon attended and graduated from an East Coast Prep School, went to college in Mexico and served in the Far East; Tokyo, Hong Kong and environs for the U.S. Government for several years.

He later became a staff writer in New York and wrote "special" material for New York nightclub acts. Dixon has also written and won awards for the music plays he has done in the children's field, some of which have been produced and performed at various elementary schools around the U.S.


Hours of listening pleasure on the Dixon DeVore YouTube channel, with titles such as
Never Take A Nap On A Firing Range , Please Don't Pee In The Whiskey, Marry Yourself A Plumber, Honey Please Rent Me A Hooker For My Birthday...etc

Dixon DeVore is listed by Irwin Chusid in his valuable reference book "Songs In The Key Of Z: The Curious Universe Of Outsider Music".   Now, I know why.