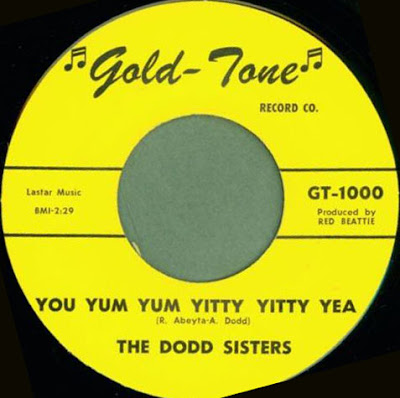 Gold-Tone Records
Unknown girl group. Produced by Red Battie, who, around 1961, was head of Skyla Records National Sales, and Skyla was a West Coast label. That's probably where the Gold-Tone label is coming from.? 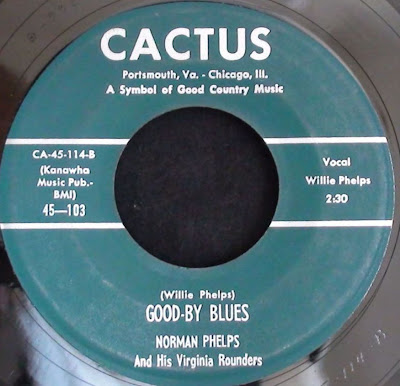 Norman Phelps
and His Virginia Rounders

You're Just What I Dreamed Of Jim Lester retired from playing music professionally in the late 60's when he found himself interested in more bankable hobbies, like law enforcement... As an Arkansas State Trooper, Jim busted a lot of folks, from all walks of life, and was even written about in the book "A Murder in Little Rock."

The Most famous of his busted fugitives were the hillbilly classic rockers, Black Oak Arkansas. He busted them for partying naked on their porch whilst drinking and behaving like asinine rock stars.

Jimmy Lester passed away in November 2003. 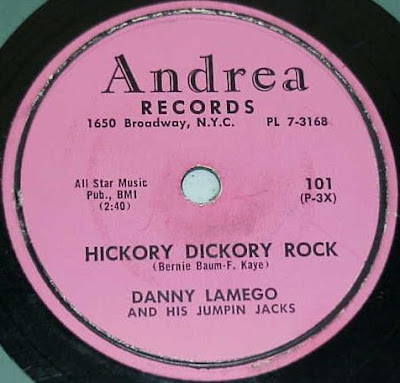 Danny Lamego And His Jumpin’ Jacks

Chickenfeed
(Milton Kaye-Joseph. Riccitelli) All Star BMI
1956
Second (and last?) release on the Andrea label. First release was the Harptones, pulled away from Old Town Records by Leo Rogers who had just set up Andrea Records (with new partner Sid Arky).

Danny Lamego and the Jumpin' Jacks had also records on Josie and ABC. Danny Lamego, as Danny Peppermint, had records in the early sixties on Carlton (including an album titled "Twist" and the hit "The Peppermint Twist").

In January 1962, Danny Peppermint was nearly killed when he receives an electric shock from a microphone stand at the Thunderbird Hotel in Las Vegas, Nevada. He was rushed to a hospital where he recovers, and didn't died, contrary to the information found in Joel Whitburn's Top Pop singles 1955-1983. 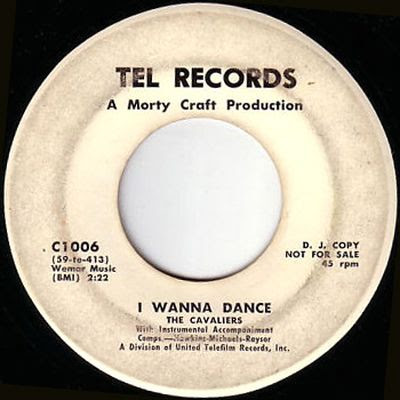 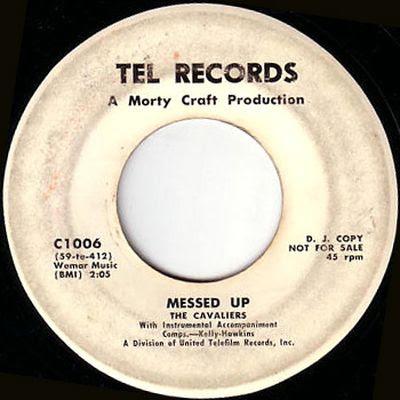