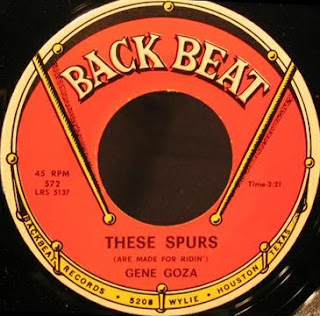 These Spurs
(Are Made For Ridin')

Back Beat 572
1966
Recorded in Houston, with the backing of the Johnny and Edgar Winter’s Band.

Born in Vivian, Louisiana, on April 9, 1937, Gene Goza was the son of Ralph and Juanita (Cook) Goza.

Gene was a singer and an entertainer  He performed with the Charlie Pruitt Show [Beaumont, Texas] and was an Elvis impersonator.   With his group, Jo, Gene and Company, he enjoyed entertaining senior citizens.   For his contribution to the local music and entertainment field, he received a star on the Walk of Fame in Vidor.


Gene was a fun loving, colorful character who brought laughter and smiles because his own was so contagious.  He had a handsome face but a rubber-like face that he could turn into the worlds ugliest, a fun loving gimmick.

In 2012, after fifty-one years on the same job with Firestone Polymers in Orange, he died before reaching his fifty-five years goal.  He was a survivor after tragedies : his first wife was killed in a wreck, his daughter Misty murdered. 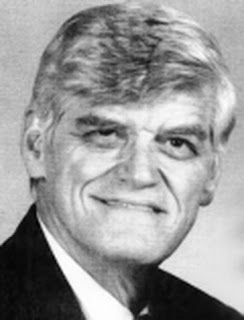