Glory Kennedy and her 3 Electric Guitars 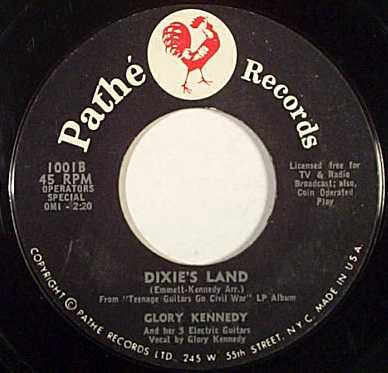 Glory Kennedy and her 3 Electric Guitars

From 1961 I guess. "Pathe News has entered the disk business with Pathé Records", announced Billboard Magazine in its issue dated August 21, 1961. "First LP’s, both documentary, are narrated by Edward McGoldrick, called « How To Conquer Your Alcoholism » and « Tormented Women . »