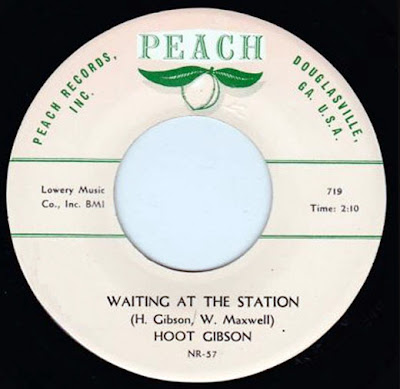 Update : the following info is provided by Westex.

Hoot Gibson was- for a time- an Odessa boy. He ran Coronado Sound Studios and released at least 3 45s on his own imprint including one by Johnny "Peanuts" Wilson, another by Eddie Williams, and an Orbison-styled rocker by Jan Lessard. David Box worked in his studio a bit as did Ray Rush and Ted Grobel. The venture was short lived.

I'm not sure anyone really knows where Hoot came from... just that he was from down south, as in south Texas... and he moved out this way in the early 60s.

Weldon Rogers, also from this area of Texas, also had a release on Peach at around this same time.