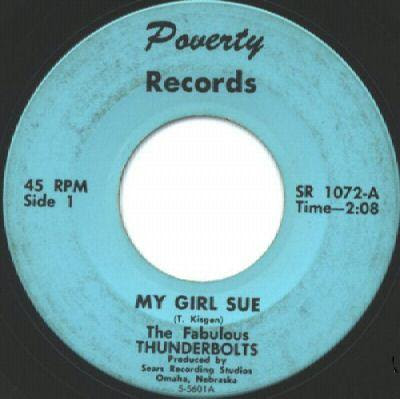 The Thunderbolts, high school students from the Carroll-Kemper High School (Iowa) recorded an album (acetate) at the Sears Recording Studios in Omaha, Nebraska.

They were inducted in the Iowa Rock'n Roll Hall of Fame in 2000.

This groups first job was at the Carroll grade school, their only problem was they had no name. When they were about to take the stage, a bolt of lightning struck close to the school and the Thunderbolts were born.