Walkin' In My Sleep 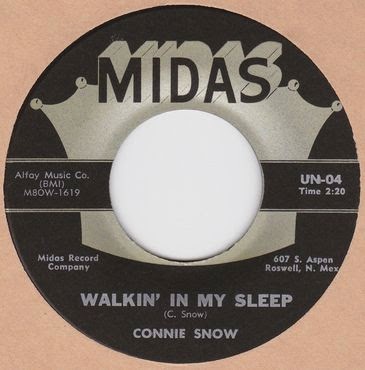 
“Snowball” Connie Snow 74, was born in Henryetta, OK on June 8, 1935. On August 27, 2009 he lost his battle with cancer and joined his Lord and Savior. After growing up in Artesia, NM area he moved to Washington State and went to work for the Boeing Company, retiring January 1, 1995 from the Auburn plant.


Sue Snow, once his wife, was murdered in 1986, in an horrific poisoning case :

She was the innocent pawn in Stella Nickell's plot to kill her own husband, Bruce, by lacing his headache capsules with cyanide.   After Bruce was dead and buried from what the doctors thought was natural causes, Stella bought more bottles of headache medicine and put cyanide-laced capsules in them, also.   Afterwards, she placed the bottles on the store shelves of local grocery chains.

Sue Snow was unlucky enough to buy one of the tainted bottles and died from the effects of the poison.   Stella's scheme was to wait for the media attention surrounding Sue's death from the poisoned capsules, then claim her husband was also the victim of product tampering.   She would then receive a substantial amount from Bruce's life insurance, due to accidental death, and any amount the drug manufacturer might pay in a lawsuit.   Stella's plan was foiled by good detective work, and she was sentenced to ninety years in prison.

The case was the subject of the book "Bitter Almonds" by Gregg Olsen and was also featured on the TV program "Medical Detectives" on The Learning Channel.  (bio by: Karen Valentine)

At Sue funeral, her longtime hairdresser did her hair.  She looked pretty, almost as she did when she was alive.

Connie Snow's recording of an old “beer-drinkin' country tearjerker” he had written, called “Darlin' Sue,” [the flip of Walkin' In My Sleep]  was piped in after some music by the Judds, Sue's favorite musicians  :