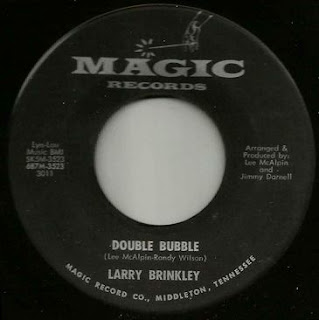 When the rockabilly days were over, Larry teamed with Lee McAlpin (who played piano with Carl Perkins' band) and they wrote songs together, notably "The Man in the House", recorded by Loretta Lynn.

This is one of the last (or the last) release on the label, more obscure than the earlier Larry Brinkley offering on the label which was "Right String, But Wrong Yo Yo" (Magic 3004)