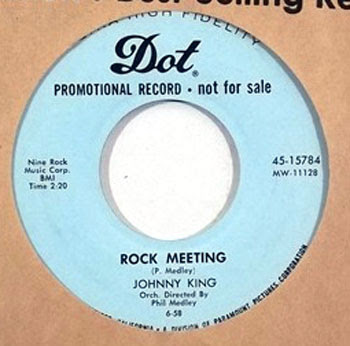 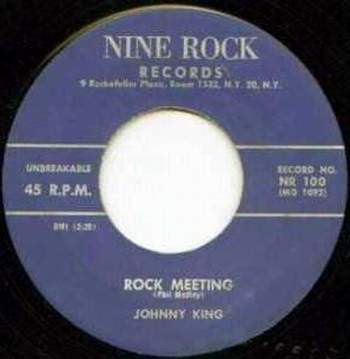 I wonder how many original releases exactly had Dot Records ?
★
Johnny King may also be the same artist on the Monticello label (Rochester, New York, 1959), on Florence Greenberg's Tiara Records ("Gondola Rock", 1959) and on Guy Records (1961).

Writer and director of the Nine Rock/Dot singles is a pre-"Twist and Shout" Phil Medley.

Biographical details on this prolific songwriter, producer and bandleader are surprisingly rather sketchy for a such prolific and talented songwriter (339 titles listed in the BMI online database). See BMI database HERE.

I believe I've found one of the earliest mention (AND picture) of Phil Medley :

Sgt. Medley former cadet, this talented GI from Boston organized and directed the Cadet Glee Club whose reputation as a musical group is widely known. A former student at Virginia State College, where he was a versatile athlete and scholar, Sgt. Medley was recently selected the outstanding soldier at TAAF (i.e. Tuskegee Army Air Field, Alabama]. He is married to the former Miss Carolyn Holland of Danville, Va., his college sweetheart.