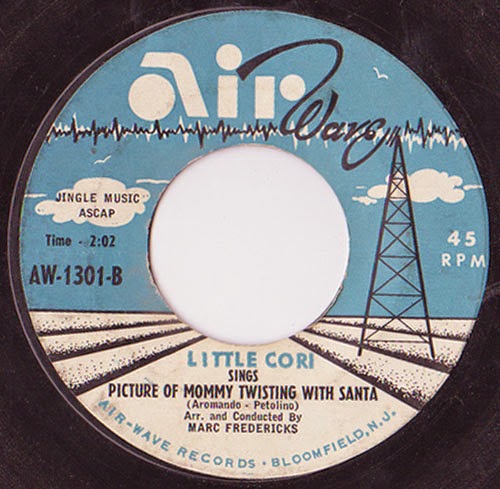 Woodbridge — During the past week, some of the nation's top vocalists, Doris Day, Dinah Shore and Jo Stafford, took notice when seven-year old Cori Petolino, a former Woodbridge youngster, released her latest recording,  "An Oscar for Santa" which appears destined to become a big hit during the Christmas holidays.

Cori, daughter of Mr. and Mrs Vincent Petolino, now of Bloomfield, has a vibrant personality which practically ear-marked her for early stage stardom, but a prior mysterious throat ailment appeared to handicap her early career, as a vocalist. She suffered repeatedly from a series of colds and sore throats.

The family doctor prescribed the removal of her tonsils and after the simple operation, Cori began to sing like a lark.  At first she harmonized to entertain her family and friends, but her talents were not to be confined when an executive of Air-Wave Records decided to give her a crack at waxing a record.

With the opportunity to make a record, her father, an insurance agent with a theatrical background, decided to dig up a number with suitable lyrics and music for his daughter.  After scrutinizing several songs, he decided to go along with "An Oscar for Santa," written by Joseph Aromando, Nicholas DiNardo and Vincent Petolino.  And, after listening to the recording, it appears as though he made the right choise.

Tonsilitis prevented Cori from appearing at the recording studio until Columbus Day when she was at her best, spinning her two choices, "An Oscar for Santa" and "Picture of Mommy Twisting with Santa Claus".     Her unique voice is sure to catch the fancy of the public because of its unusual quality.

Hopes it Sells a Million

When questioned about the future of her record, Cori lost little time answering.

"I hope it sells a million copies so that I can study dramatics and go to Hollywood to star in the movies.  Daddy was a Newark bandleader so I do have a little show business background."

To date, Cori's most ardent supporters are her mother, the former Sylvia Gannilla, whose own father was a noted Woodbridge sculptor, four older sisters and her father.   They are all in favor of a professional career for Cori if it doesn't interfere with her education.  Thus far her grades at Sacred Heart School have not suffered to any extent.

Mr Petelino wears a smile whenever he discusses Cori and in a modest manner stated during a recent interview:

"We don't want to push her into anything but if she wants a career in show business, it is best that she starts now.  As of a child she can keep her career a business. An older girl has a much harder time of it."

To date the record has been played in several department stores with territifc response : especially from the younger element who enjoy Cori's melodic one and the catchy lyrics.  The record appears well on its way and it will be interesting to watch the result of a simple tonsil operation which practically transformed a little girl into a promising vocalist. 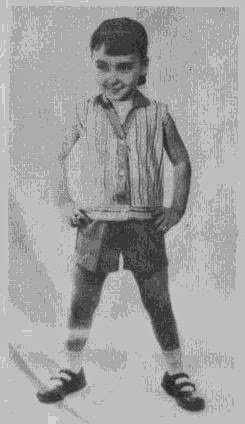 Acknowledgments : The RedBoy (for label shot and audio - now unavailable - posted in his blog 6 years ago), BandBox244 (Little Cori picture from the record sleeve), The Independent-Leader, Woodbridge, N.J. Thursday, November 15, 1962 (for the story)