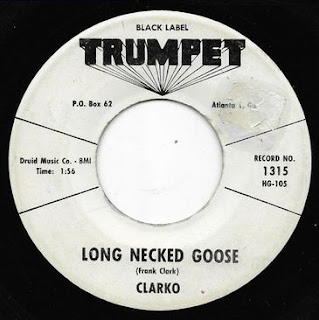 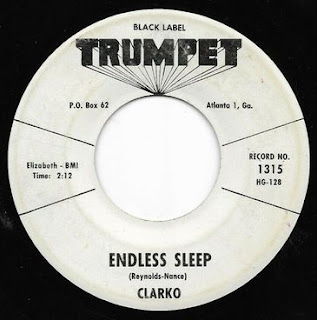 According to a comment from 2017 published by dbaugh1805 at 45cat/com, "Frank Clark (Clarko) was a DJ in the East back then. He lives in California now and has a streaming oldies Internet radio program on Rockhouse Radio.".  His only recording?

This Trumpet label was owned by New York born Harry Gorlin (1902-1995) who also was Vice-President and executive in charge of the "new" National Recording Corporation (NA-R-CO) in Atlanta, after the bankrupt of Bill Lowery's NRC company in April 1961. The company would re-emerge from bankruptcy in 1962, under the ownership of Frederick Storey (president of the Storey theaters of Georgia), but Lowery had left the company (he came back later).

For a list of masters produced by Harry Gorlin in 1962-1963, see HG master numbers