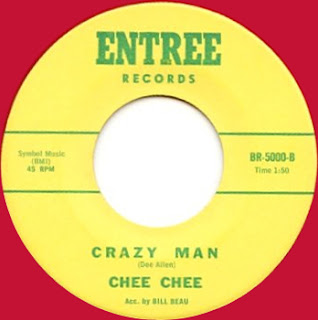 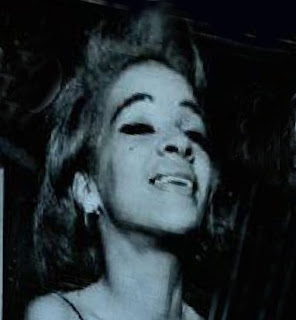 Native of Portland, Oregon via Coffeyville, Kansas, Chi Chi (Treece) started in the entertainement field as a calypso dancer, appearing in some of the better supper clubs in the U.S.A. and Canada.  The Entree record seems to be her only single.  She also sings one track on the Bill Beau Trio album  "Live At The Blueport Lounge" which was produced by Andy Belvin and Louis Webb and issued by Misty Records in 1965. Her career (as Chee-Chee or Chi-Chi at least) seems to have been closely associated with Bill Beau. They were managed by Personality Productions (Buck Ram).

Bill Beau (real name William Chisholm) died of a heart attack in 1997. Bill returned to his native Canada in 1992 after living and working as a jazz musician keyboards across the United States, primarily in California, for over 35 years.

Both sides of her Entree 45, her track from the Misty LP, and an unissued cover of Lavern Baker hit are included in this zipped file.