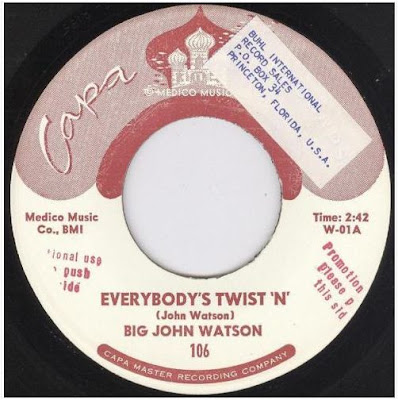 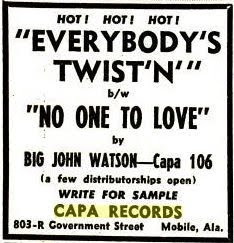 From the Big John Watson obituary published in the Press-Register on October 1, 2010 :

Johnny Watson, a widely known Nashville recording artist and entertainer also known as "Big John Watson" has departed this world to play music and entertain on the grandest of all Grand Stages. Johnny played music and entertained audiences throughout the Southeast panhandle for several decades. Johnny was also known over the years as proprietor of many known popular night spots here on the Gulf Coast. In the 1960's, Johnny was approached by a well known recording label "Capa Records" and was signed on to a contract deal which produced several popular recordings known widely in Europe. A couple of these recordings had more recently made it into North America on different variety albums. Johnny went on to serve his country in the Korean War and received honorable decorations. He also served his community by working at both the city and county police departments. [...]