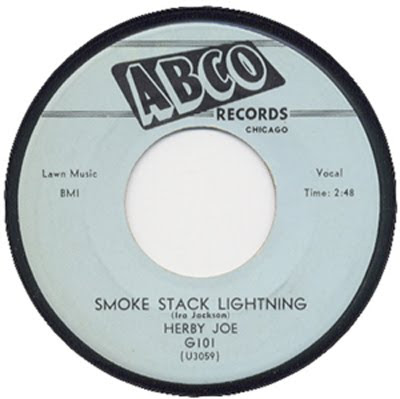 The Abco label was founded by Elias P. Toscano and Joe Brown in 1956. Toscano set up a studio behind the store he had at 2854 West Roosevelt in Chicago. His store was « AB Television and Record Sales, a television sales and service outfit, a retail record store and a one-stop record distributorship. Toscano’s friend Joe Bedno worked promotion for the label and helped operate the AB-one stop.

The concentration for Abco was blues. There was only seven releases — two bar-band blues, one Louis Myers and the other by Morris Pejoe, and four blues with a more up-town sound, two by Arbee Stidham, one by Herby Joe, and one by Freddie Hall. There was one vocal group release, by the Rip-Chords.

Brown dropped out of the operation during the summer of 1956, and Toscano and Bedno reorganized the firm as Cobra Records in August [1956].