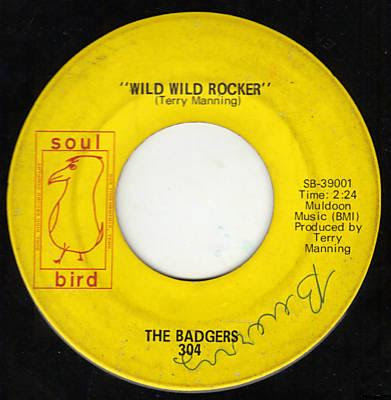 The other side, "Every Shoemaker", can be heard on "Thank You Friends - The Ardent Records Story - Big Beat/Ace Records.

Producer Terry Manning began in the music industry in the early sixties in El Paso, Texas. He fronted several local bands, notably The Wild Ones, and on occasion also played rhythm guitar with his friend Bobby Fuller's band. Bobby had a big following in El Paso at the time, and one of his local hits was "I Fought The Law," released on his own label, Eastwood Records. This, and other of his songs, was recorded in his home garage studio (on Album Avenue!) It was apparent that there was no extended future in music in El Paso, so by 1963, Terry (and Bobby) had decided to move on. (Bobby chose the West Coast, and landed in LA (...) Terry chose Memphis, where a lot of music he liked was being made. Songs like "The Dog" and "Walkin' The Dog" by Rufus Thomas, and "Last Night" by The Mar-Keys had caught his fancy.....

Terry, barely a teenager, walked boldly into Stax Records and announced that he was there to engineer, produce, write...whatever they needed! Crazily enough, Steve Cropper put him to work. Terry began as an assistant engineer, performing duties all the way from sweeping up the floor, to making tape copies, to running the whole show when someone who was supposed to be there didn't show up…