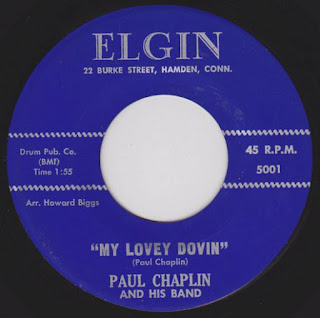 Paul Chaplin
and his band

Paul "Chappy" Chaplain was born in Dudley (Webster) Massachusetts,  raised on Williams Street.  He died in 1995.

With his band, he played the Boston area in the early 1960s.  They had a regional hit with "Shortin' Bread" in October of 1960, a song produced and issued by Harry Persons on his own Harper label,  a label later distributed by Monte Bruce and George Goldner.