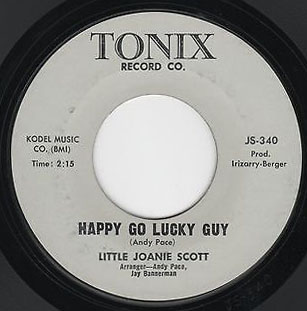 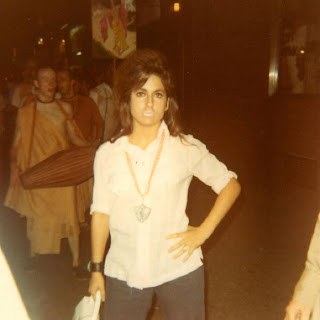 Joan had few friends and felt out of place. She reached a turning point in 1962. “Shelly Fabares came out with the song ‘Johnny Angel,’ and I started singing it. That’s when I knew I wanted to be a star,”   After her mother died, Joan moved in with her father and stepmother in Manhattan’s Gramercy Park. It did not go well.   As Joan told it, “I was almost 17, absolutely gorgeous and my stepmother thought I was kind of wild.  She was so high-strung. She’d sit down at the big baby grand piano, drink a glass of Chablis and then all of a sudden start singing, ‘Herman, I love you. Joan, I hate you!’”

So Joan moved in with her grandmother in Miami Beach, where she caught the eye of Morris Landsberg, a hotel owner with mob connections.  She began dating Landsberg, along with various New York Mafia types. After ten months, the excitement had worn off and she was ready to decamp. She thought of Irwin Koplan, a Georgia salesman she’d dated when she was living in Gramercy Park. “Irwin had asked me to marry him a week after he met me,” she explained. “So I called him up and said, ‘Do you still want to marry me?’ He said, ‘Of course I do.’ That night he packed his bags, drove down to Miami Beach and picked up my grandmother and me. He took us back to Georgia and we started making plans to get married. I think that was real nice of him.” 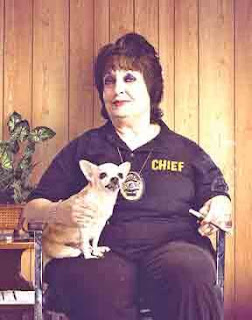 In 1984, Joan Berger-Koplan established JJK Security in Ringgold, Georgia.  For three seasons, she was the star of a reality show, Small Town Security, which traced the fortunes (and misfortunes) of JJK Security,


She barks orders, meddles in other people’s business, and revels in scatological humor. Her conversation is invariably studded with profanity, sarcastic quips and sexual innuendo. She is wildly and hilariously inappropriate, and she is worshiped by her team.

A cigar smoking, hard talking, wisecracking woman with smudged eyeliner and bright red lipstick, Koplan was an instant hit with fans of the show and an immediate subject of “why-we-love” listicles on the net.

During the third and final season of the show, which ran from July 2012 through June 2014, it was revealed she had developed a brain tumor. She was hospitalized several times and suffered many side-effects and health issues in the months afterwards, stemming from the surgery and radiation treatment. She died March 31, 2016; 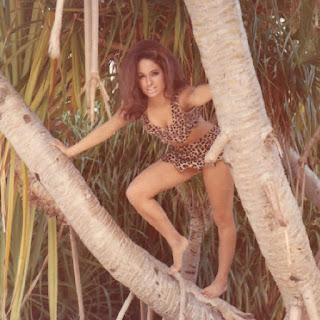 Joan had a small part in 1969 in a spanish (or italian?) Tarzan ripoff called Tarzán en la gruta del oro (also known as Zan, King of the Jungle or Tarzan in the Golden Grotto.