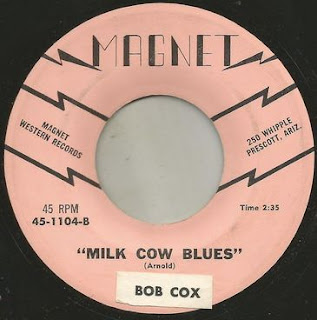 Here is Bob Cox on his own Magnet label.  Under the sticker, original printed credit is probably The 32 Bar Ranch Hands; which was his own band. Date unknown (early sixties?) 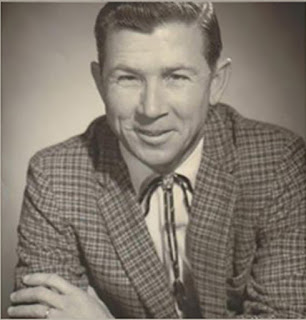 Bob Cox, a popular singer and musician in the Prescott, Arizona area for many years, grew up in Sweetwater, Texas before settled in Arizona where he  began working farm labor and performing. Cox performed on local radio with Marty Robbins in several talent contests and also with Jimmy Wakely and Dub Taylor.  He played in the many bars and watering holes along Prescott's famous Whiskey Row, including the historic Palace Saloon. 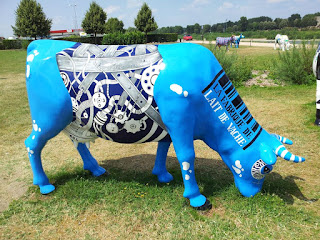