So Glad You're Mine 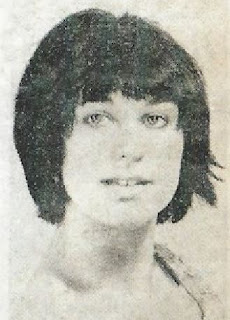 So Glad You're Mine

From her album "Sharon Loves You Know Who?" released in 1962 on Gallotone Records in South Africa.

I was born Sharon Finkelstein in Johannesburg in 1943. I came from an eccentric family. I was totally unspoiled. But I was a very naughty and rebellious child, because of my upbrigning.  My first love was Elvis I remember going to see Jailhouse Rock thirteen times, I used to pull my hair out and get really excited. It did seem like we were detached from the rest of the world, so we grabbed what we could. I also loved Little Richard and do to this day. [from the Big Beat CD booklet, notes edited]

Sharon cut a dozen singles between 1962-1964 - all for the Continental and Gallo labels, before moving to England in 1964 at the suggestion of Frank Fenter, head of Atlantic Records in UK, whom she later married.
For more info, you can read the extensive sleeve notes of her CD album published by Big Beat Records HERE
Sharon Tandy passed away on 22 March 2015, aged 71, London, United Kingdom.