Will the real Gin Gillette please stand up? 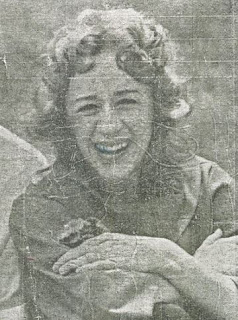 "Train To Satanville" by Gin Gillette is a song that had intrigued a lot of people, wondering who she was. There was some speculation about Gin Gillette being actually Robie Lester, owner of the Musikon label, but, as we'll see and hear, it's not the case.

Born Virginia Boyle in 1931 at her father's ranch just outside Gillette, Wyoming. By the time she was nine years old she was riding in rodeos throughout Wyoming and Montana. By now people were stopping to listen to the voice of the little rodeo queen. In 1952 she joined the Special Service Unit of the 7th Army and toured Germany where she met and married in 1955 Kenneth "Thumbs" Carllile (Carlisle), a guitarist from Missouri who performed in the same Special Services division. Together, they appeared later on ABC-TV's Ozark Jubilee in Springfield, Missouri from 1956–57, both as a soloist and with Bill Wimberley's Country Rhythm Boys with whom Virginia recorded on the Morton Levand's Tex label. In the late 50s, Virginia and "Thumbs" performed in Billings, Montana and appeared on KOOK-TV.

For Musikon Records of 3456 Floyd Terrace, Los Angeles, she only recorded two tracks as Gin

Gillette in 1961. The conductor listed on the label was Jessie Sales, who at first known as that great Dixieland drummer from Denver, and when in California, he became an essential part of the recording scene for blues and R&B on the West Coast. Sailes has been described by studio bassist Carol Kaye as being a bit more of an outsider on the L.A. studio scene,  Sailes' greatest and most personalized appearance on a rock record would have to be on the single that many fans consider one of the great classic rock hits of all time, "Let's Dance" by Chicano rocker Chris Montez.

In 1961, her husband Thumbs Carllile met guitarist Les Paul. Impressed by Carllile's skill and his wife's songwriting, Les Paul recorded  the duet at his home studio in Mahwah, New Jersey (Les Paul on bass, Mary Ford on rhythm guitar, and Gene Paul on drums) The record, issued on Epic Records as by Thumbs Carlyle and Ginny O'Boyle, was advertised in a Billboard full page in June 1962 (Les Paul and Mary Ford proudly present their sensational new discoveries)

Please read this interesting story from 2018 here by Gabriel Owens "Meet Virginia, a Kroger employee with a country music past" 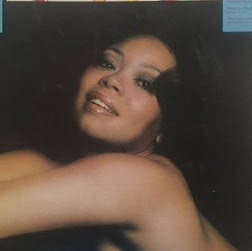