I Hear My Baby 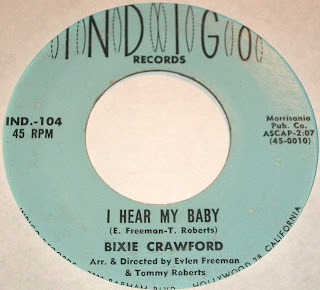 I Hear My Baby

Arranged and directed by Evelyn [Evlen on label] Freedman (sister of Ernie Freeman) and her husband Tommy Roberts.

Bixie (above) was born in Oklahoma City in 1923. After her short stay with Buddy Banks in 1949, she became vocalist for the new Count Basie Band in 1952. 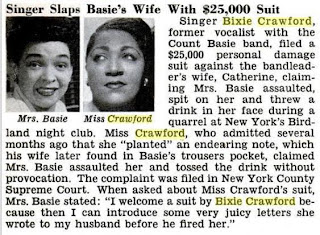 She was fired when Basie's wife discovered her making advances toward the Count.

"Before she joined Count Basie orchestra as singer, Bixie Crawford was teaching school in Los Angeles.   She holds classes for band members in French and Spanish" (quoted, Jet Magazine, September 4, 1952)