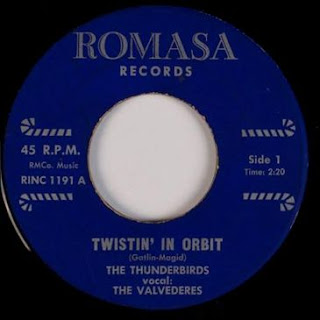 The Thunderbirds
vocal : The Valvederes

No hint on who were The Thunderbirds or The Valvederes.  Probably from the Maryland/Washington/Virginia area as indicated by the catalog number (RINC 1194). Recordings Incorporated was a very small studio in Baltimore, Maryland recording mainly radio and television commercials, but also some bands (early Ronnie Dove, The Chicanos, Joyce Carr, The Dynamics, Little Hooks, etc.)

Gatlin & Magid wrote the tune and RMCo. Music published it.  The flip is an instrumental titled Tomahawk of lesser interest. 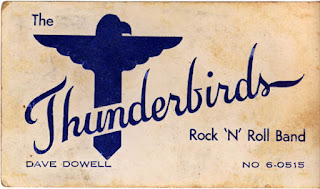 These Thunderbirds ?
Band card found here
According to Baltimore Sounds, there was a band named The Thunderbirds, active between 1962 and 1964.