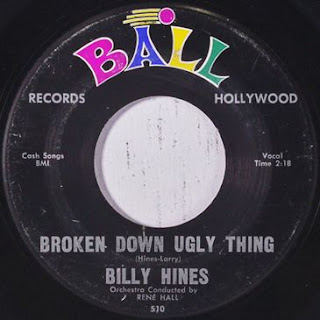 Ball Records label launched by John Dolphin in 1957.  John Dolphin was killed at his record company in 1958 by a disgruntled songwriter. His wife, Ruth Dolphin, took over Dolphin's of Hollywood after his death.

Billy Hines has recorded for Tin Pan Alley, Ball and his own Wa-Tusi label. I'm unable to find much details on him (euphemism), he came possibly from Jamaica to New York in the fifties before finding his way to California.