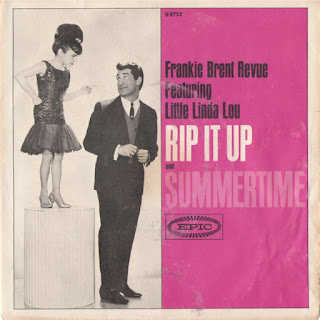 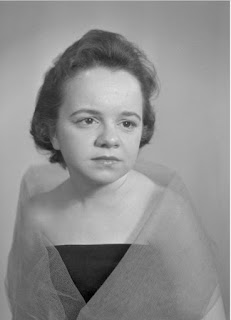 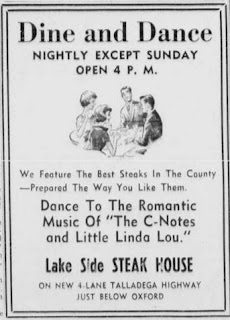 Born in Alabama, Linda Lou Andrews, after graduating from Jacksonville High School, Alabama,  entered Jacksonville State College, where she again became a favorite of her classmates. She started singing at the age of 10 with a number of bands while in college, among them the C-Notes, a well known local group.(above ad from 1962).   Little Linda Lou  joined the Frankie Brent Revue in the early part of 1963 and, with Frankie Brent, recorded just one single for Epic Records. The flip of Rip It Up is Summertime sung with Frankie.

Next, she worked in revues on the east coast and toured the country as a single for three years before joining forces with Lyle Thurman, an organ major from the University of Oklahoma and they began performing as a duo - mostly in night clubs in and around Tulsa, Oklahoma. In 1971 they expanded their sound with Rick Cope, a drummer and a few short months later with Kenny Mills, a guitarist. In 1972, there was an album recorded at the Derrick Recording Studios. Linda Lou died shortly afterwards. 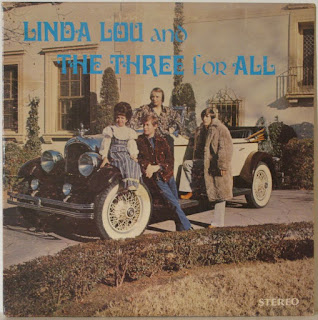 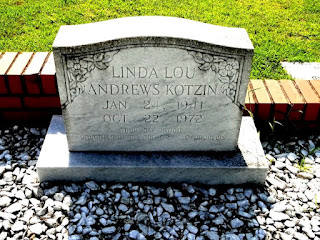 Mrs. Linda Lou Andrews Kotzin, 31, of Tulsa, Okla., in Biloxi, Miss., after a short illness. At the time of her death, Mrs. Kotzin was manager and entertainer at the Tradewinds Motel in Biloxi.