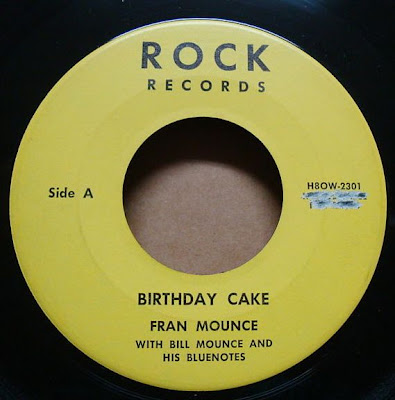 Fran Mounce
with Bill Mounce and
His Bluenotes 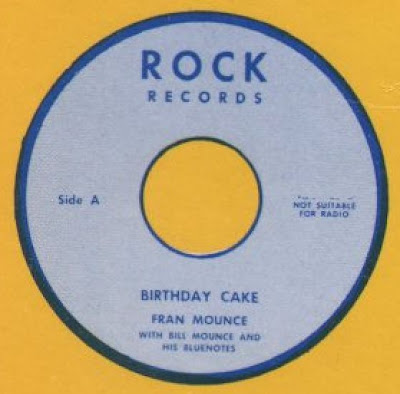 Pic from back cover of White Label LP 8932

"Not suitable for radio" mention suppressed from the first copy above, while the second copy has the RCA custom matrix erased...

Western swing practitioner, Bill Mounce, from Waco Texas, formed a studio band, Sons of the South, in '41 to record on Bluebird. Combo featured ace steel guitarist Bob Dunn and Jerry Irby as vocalist on some songs. He was one time member of the Texas Playboys. And also a booking agent :

Waco drummer and music entrepreneur Bill Mounce, formerly of the Texas Playboys, picked up the slack and developed what Bob Murrell described as « a stable of local musicians. » Mounce became the principal booking agent in Waco, organizing bands to fit every kind of job. Bob was one of the many qualified musicians who enjoyed steady work with Mounce. [The jazz of the Southwest: an oral history of western swing, Jean Ann Boyd, book]

I've found several Bill Mounce ads in the classified (Musicians) section of Billboard, from 1950 to 1960, with four different addresses. Bill was looking for job :