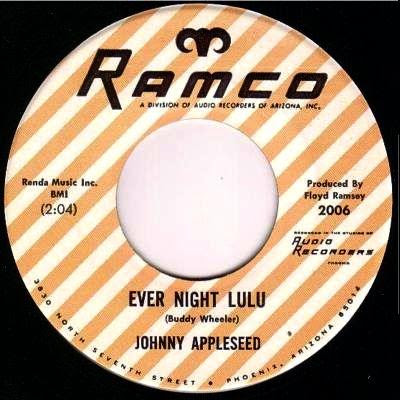 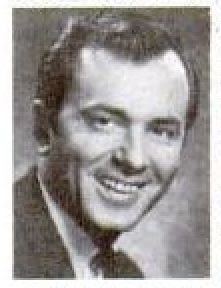 Johnny "Appleseed" Salisbury is one of few individuals who helped set the stage for early ’60 rock in Albuquerque with his Record Party on KOAT-TV, Albuquerque’s answer to American Bandstand who featured local bands on his program. He owned a few teen clubs during the mid-sixties in the same town.

In 1966, Johnny has been national promotion director of Presta Records and Buena Vista Productions and hosted a show on KTAR-TV, Phoenix.

In 1967 he joined Buck Owens’ new station in Phoenix – KTUF – where he was doing a three-hour midday daily show.

"Ever Night Lulu" was his second record for Ramco. " I Hope To Kiss An Alligator" was his first for the label.

His first recorded effort seems to have been the vocal part of the frat rock "Work Out Sally" on Lomas 2133 credited to King Richard & The Knights. the Albuquerque band led by Dick Richard (King Richard).