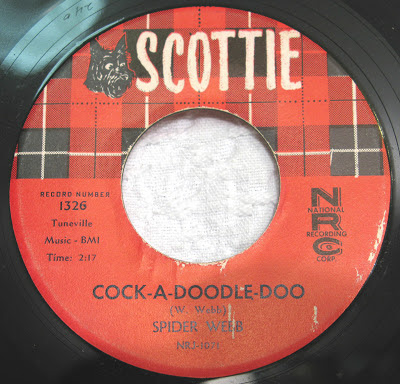 Publisher of the song, Tuneville Music, was owned by Bill Justis, who has been signed by NRC chief Bill Lowery as a.& r. chief for the label a few months before (Billboard, Februrary 15, 1960).   And if Spider Webb had a release of Scottie, that was probably thru Bill Justis.

Several "Spider Webb" distinguished themselves in the music field :

But OUR Spider Webb is none of the above.

Our Spider Webb, whose first name initial letter was W., according to the songwriting credit printed on the label, is almost certainly Woodrow C. Webb, aka Jimmy Webb, whose song "No Traffic Out of Abilene" was recorded by Jerry Lee Lewis in 1972. 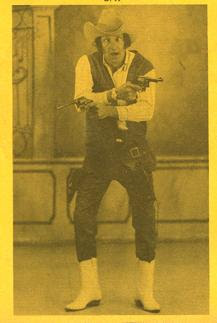