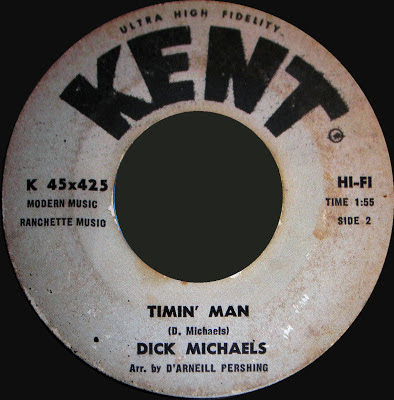 On Explosive he produced the Sharlets, a girl group, who backed him in return on his own release on the same imprint.    He gave up singing and had a host of  independant production assignments, all equally obscure, such as The Orphans (Iowa band) on Herbst Records, a record co-produced with Larry Herbst in 1966.


On this Kent release (the biggest label for which he recorded),  the arranger is D'Arneill Pershing, one of his earlier production.   D'Arneill was later the producer and arranger, among others, of Johnny Mathis on Columbia Records. 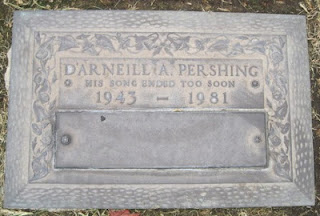 D'Arneill A. Pershing tombstone
His song ended too soon