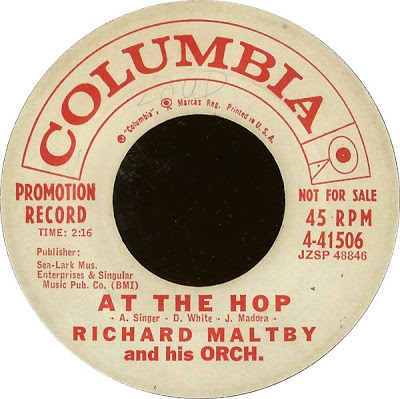 Richard Maltby and his Orchestra


Big band instrumental version of the Danny and the Juniors hit 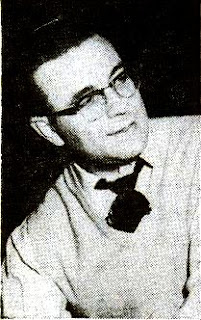 Richard Eldridge Maltby, Sr. (1914 – 1991) was an American musician, conductor, arranger and bandleader, most notable for his 1956 recording (Themes From) The Man With the Golden Arm".

After studying briefly at Northwestern University's music school, he left college to become a full time musician. He played trumpet with several big bands, including those of Little Jack Little, Roger Pryor, Bob Strong and Henry Busse, as well as also doing some arranging.   In 1940, he took a job as an arranger for the orchestra of the Chicago-based radio station, WBBM, before moving to New York in 1945 to become an arranger-conductor on network radio, where he worked with Paul Whiteman.   In 1942, Benny Goodman recorded his composition "Six Flats Unfurnished."

During the post-war years, he made several recordings for subsidiary labels of RCA Victor, and in 1954, finally scored a Top 40 hit with "St. Louis Blues Mambo".    In 1955, he began leading his own dance band, with which he had his Top 20 hit, "(Themes From) The Man With the Golden Arm," in the spring of the following year.   He left RCA for Columbia Records in 1959, then moved to Roulette Records a year later.   He stopped recording on his own during the mid-1960s.

A heart condition in his later years forced him into retirement, and he underwent several operations prior to his death. He died in 1991, aged 77.