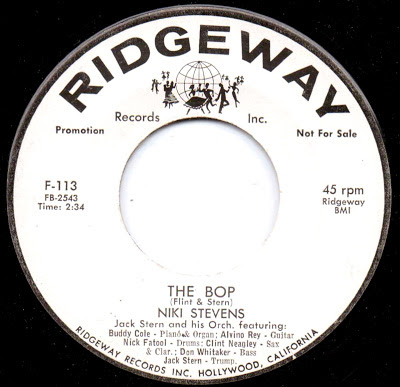 Jack Stern and his Orchestra feat.

The Ridgeway label was a short-lived offshoot of Ridgeway Music, a publishing company affiliated with BMI and owned by Charlie Adams and Pee Wee King.    Maestro Jan Garber was their partner in the Ridgeway label. 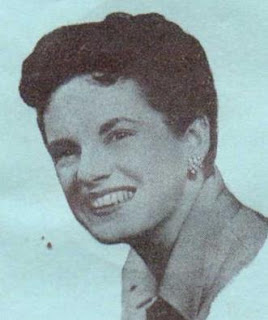 After completing high school in her home town of San Francisco Niki Stevens made her professional singing debut at the Royal Hawaiian Club in Palo Alto, California.   She returned to San Francisco and joined a singing group locally known as the Doubledealers.   Then she was invited to join a well known vocal group, The Cheerleaders.   With this group she toured the country, appeared in the motion picture "Starlift"  and recorded on the Decca and Capitol labels.   She left the group to tour as soloist with the Chuck Foster Orch.

This record is her first solo recording.

I have no trace of further recordings made by her.