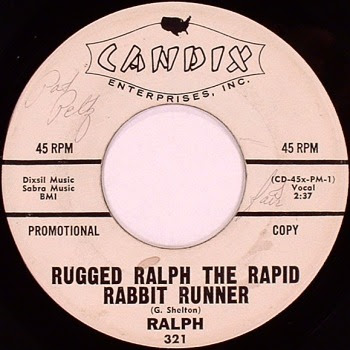 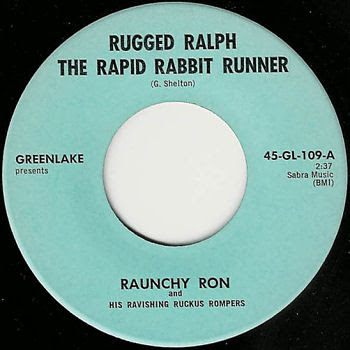 I've spent a  part ( immoderate, some will say ) of my time trying to find the answer.  The only sure thing I can say after many hours of research is that he's definitely NOT Gary Shelton a.k.a. Troy Shondell, as it's rumored.   The confusion was made first, I believe, by re-issue company Dunhill Records in their Troy Shondell compilation called "The Trance" probably based on the songwriter credit featured on the A-side of this record, G. Shelton.

No other releases on Greenlake are known.  Greenlake (or Green and Lake?)  doesn't ring a bell.  Sabra Music, the publishing company, doesn't have published other songs that I'm aware of.   But I did found a Greenlake Music (ASCAP),  in a music directory book published in 1972,  located at 106 South Flores, Los Angeles, Calif. 90048.

Several records were issued by Gil Shelton, who may be the author of the A-side and also the Ralph/Raunchy Ron real name  :


The most intriguing observation is related to the master identification allocated by Candix Records (and printed on the label)  :

Matrix of Candix 321 and Candix 325 are both identified by the letters PM, which means some kind of relation between the two releases :

List (not exhaustive) of masters letters found of Candix labels  :

It's quite clear that ALL letters above are initials of the recording artists or groups.  Is it also the case for PM ? If so, like it's probable, who is PM ?

Was Jerry Capehart involved in the production of the Raunchy Ron single ?

Was Raunchy Ron the actual artist on Silver,  The Kelly Four taking credit for the recordings ?

Or perhaps Raunchy Ron was a member of the Kelly Four ?