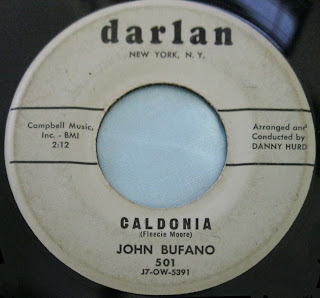 
"Caldonia (What Makes Your Big Head So Hard?)" was first recorded in 1945 by Louis Jordan and his Tympany Five. 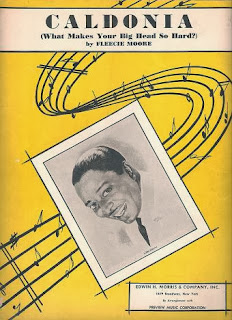 The writing of the song is credited to Jordan's wife of the time, Fleecie Moore.  However, in all probability it was actually written by Jordan, who used his wife's name to enable him to work with an additional music publisher.  Jordan later said :- "Fleecie Moore's name is on it, but she didn't have anything to do with it. That was my wife at the time, and we put it in her name. She didn't know nothin' about no music at all. Her name is on this song and that song, and she's still getting money."  However, by the time of that quote, Jordan and Moore had divorced after a number of arguments in which she had stabbed him with a knife.    Wikipedia

Pianist, arranger and musical director, Danny Hurd was born in Fitchburg, Mass., he began piano lessons at the age of eight, soon took up the violin, trumpet and banjo, and later learned to play the saxophone and trombone on his own. After landing a fulltime job with a local band, the Dick Langley Quintet, he began studying with Sam Saxe and gradually had the opportunity to write arrangements for Ella Fitzgerald, John Kirby and Vaughan Monroe. He later worked with Red Nichols, joining him in performance, and with such musicians as Hal McIntyre, Claude Thornhill, Jimmy Dorsey, Peggy Lee, Patti Paige, Connie Stevens and Maxine Sullivan.

Mr. Hurd was the musical director and arranger for Liza Minnelli’s and Chita Rivera’s first nightclub acts in the 1960s. He was a musical director for the productions of Hair, Golden Boy, How to Succeed in Business, among other shows. He was dance arranger for such television shows as The Perry Como Show, Dick van Dyke and the Other Woman, the Jerry Lewis Comedy Hour and The Jimmy Dean Show. In the mid-’80s he formed the Danny Hurd Jazzplus Quartet.