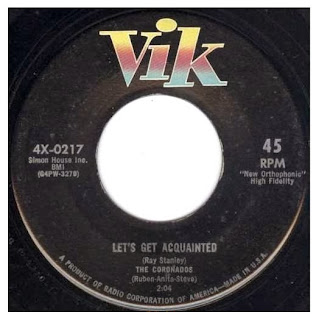 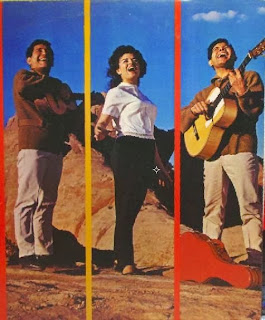 Anita, Rubin and Steven Ortiz (The Coronados), a sister and brothers group from New Mexico, had a TV show circa 1950 called "The Ortiz Trio Show".   They recorded quite extensively for Decca (as The Ortiz Trio) and, as The Coronados, for Vik, United Artists, Columbia, Peerless, Columbus, RCA Victor, 4 Corners, Jubilee and probably more.

La Compania Hermanos Ortiz presented trapeze, wire walking, fire eating, juggling, singing, dramatic excerpts, and comic skits.  José's wife, Florinda sang rhythm and blues, and served as straight man to her husband's comedy.  The children, Reuben, Steve, Gloria, Anita and Juanita, were also performers.  In Taos, the tent was set up in an empty lot near the Plaza.  On night as they performed, charges were brought against Tamborin because he apparently had made a woman laugh so hard she had a heart attack and died.