Ac-Cent-Tchu-Ate The Positive / Get Happy 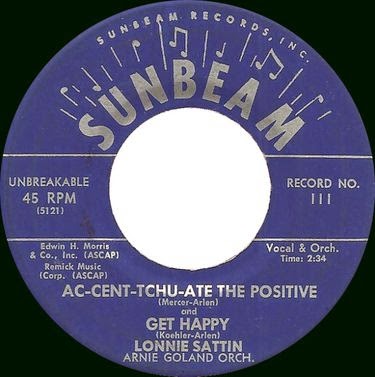 Ac-Cent-Tchu-Ate The Positive / Get Happy

Sunbeam 111
1958
Sattin, one of nine children, was born in Jacksonville, Florida, but moved as a child to Philadelphia.  He earned his way through Temple university by working as a barber, house painter and door-to-door salesman.   Following the example of his father, the Rev. C.T. Staton, a Church of God pastor, Lonnie toured the eastern seaboard as an evangelist.   After winning a singing contest sponsored by the National Freedom Day association, Sattin gaves a series of concerts that won attention.   Soon he had to face a choice - to stay in the ministry or to seek a musical career.   "I hated to turn my back on my father, who always had wanted me to follow in his footsteps," said Lonnie, " I finally decided to make song my ministry when he told me, 'you have to live with yourself, son. You can't preach with a divided mind.

He was launched on a coast-to-coast concert tour.  The west coast, included on his itinerary, especially appealed to Lonnie and he played several clubs, including the famous jazzspot Oasis, where Earl Hines singled him out to etch two of his songs for his own [D'Oro] label and also him to travel with his band.  When Hines disbanded, Lonnie remained in Chicago, and worked the Club DeLisa and Black Orchid.  In Chicago, he was a member of the Skyloft Players, a theatrical group
Then embarked for New York City, where he has been in demand in noted night clubs.

Making his first Apollo appearance in 1956, Lonnie Sattin went on to become the leading vocalist in the famed Cotton Club Review in Miami, Fla.    New Yorkers will remember him from his appearance in the Broadway production of "The Body Beautiful." (1958)

In 1960, he was in Italy with movie star Jane Russell where she planned to make a number of Italian films with Lonnie Sattin co-starring with her in some of them.

His records can be found on : 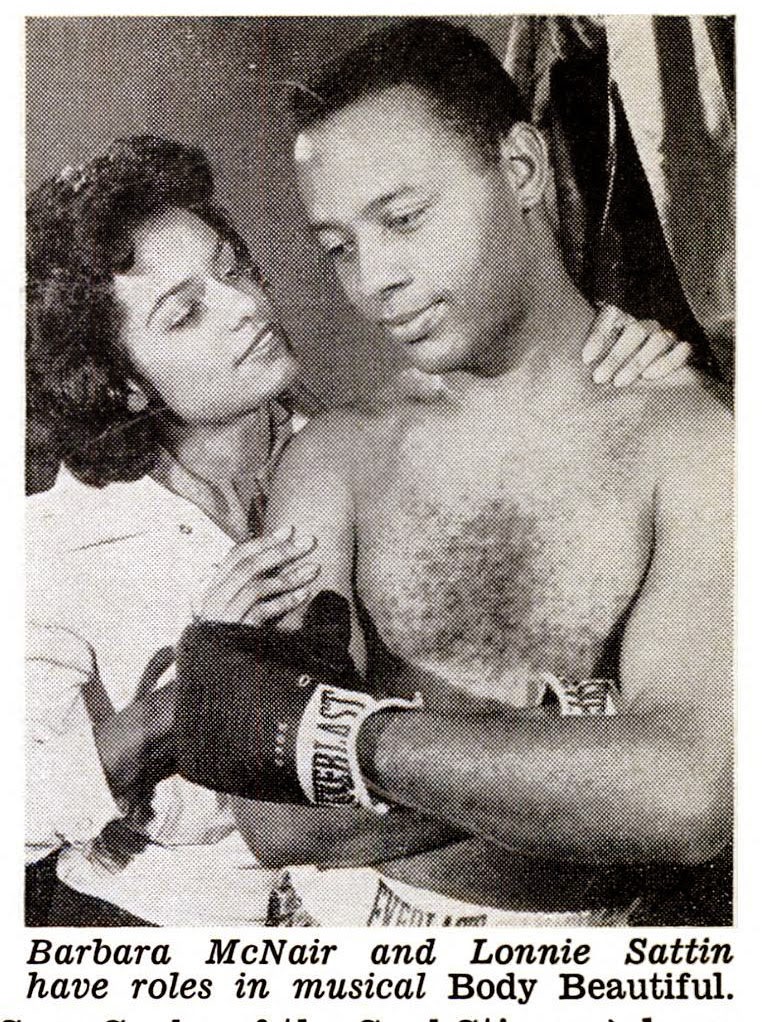 The following quote from an article published by Jet Magazine in 1958 will be my last word  :
Sattin, who has stood on the fringes of stardom for several years, has had mild success as a concert and pop singer