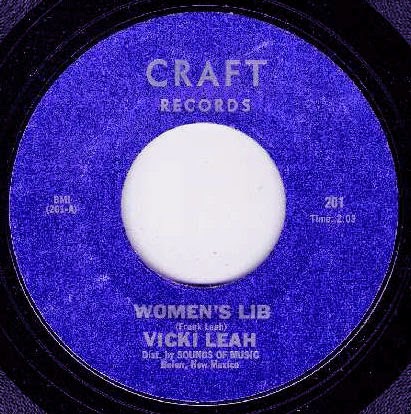 Frank Leah, a composer, singer and musician (playing rhythm guitar, blues harmonica) was looking for talent for a new band in the late sixties.
He heard about the Shomer family in Kansas City and was told they were remarkably gifted and versatile. When he arrived at the Shomer home the first time, only Vicki's mother was home. Mrs. Shomer said: "You better come back tonight when Vicki will be here. I know you'll just love her voice and personality. And she plays great bass, too." Mrs. Shomer was surprised and disappointed when Frank promptly rejected Vicki saying: "No, ma'am! No girl vocalists for me. They're nothing but trouble, trouble. I only want men for my bands."