Mama - Come Save Your Child 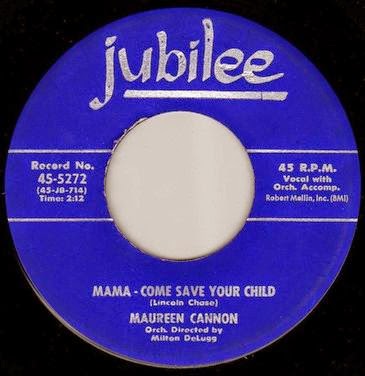 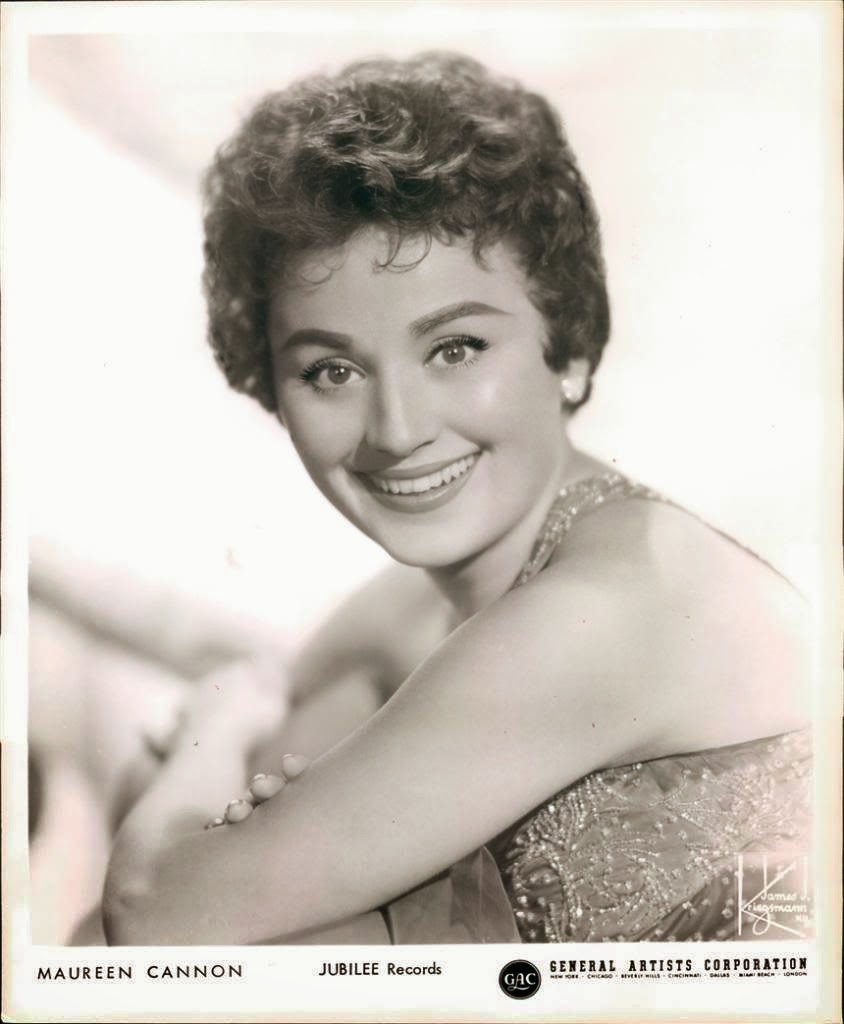 Born in Chicago in 1924, Maureen Cannon appeared in short films and on stage, playing and singing in musical productions (she was Rosie, an aspiring singer in Up In Central Park, 1945-1946).  She sang on the Goodyear Revue television program from 1949 to 1952.

In September 1952, Derby Records released a couple of tunes featuring Maureen Cannon and the Striders: "Did I Speak Out Of Turn"/"Yes Lord."

DERBY 809 — Maureen Cannon turns in a bright performance as she bows on the Derby label with a swingy rendition of the Willard Robison gospel- styled oldie, backed in fair style by the chorus and ork.

Maureen Cannon made her first Chicago public appearance in her hometown in Augut 1954 with her singing, "fresh from TV and Broadway."

Not much information can be found about her career after 1958, date of release of her second Jubilee single.
She was on tour in England (1960) and Brazil (1961).
In 1965 she was hired to replace the ailing actress (Sylvia Posedel) in Gypsy, a musical (probably in Portland, Oregon?) and according to one account "She reopened the show after only a few days of rehearsal"
Maureen Cannon  died in New York in 2003