A very quiet Christmas with The Royals 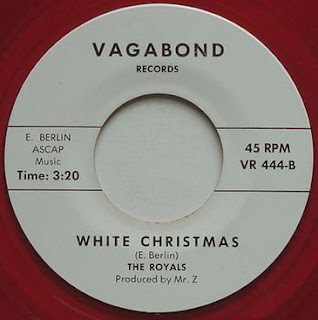 Larry (Lawrence George) Riera was born in 1937 in Oakland, California where he began his life-long career in the music  He taught music at Fiore's Music in Oakland, and played accordion and piano with his band The Royals. He later owned Riera's TV Music in the Tri-Valley, and then was the top salesman at Kamen Music Corporation for many years.   He died in 2012.

One of his students, Rocky Howard, set the Guinness world record for accordion marathon (72 hours continuous playing on an accordion) at Touch of Italy restaurant in West Covina, California December 9-11, 1979 and held it until 1983.

Records by The Royals have been described as Surf, Garage, or Elevator Music, the latter seems to me the more realistic tag, but like my fellow bloggers I HAD to post a Christmas music...  I am asking for your indulgence.